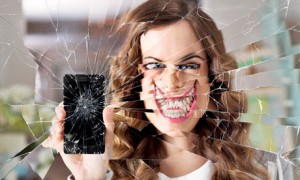 Charlie Brooker is a man of many traits. He is an award-winning comedian, presenter, journalist, author, critic and writer of various shows, including the critically acclaimed Channel 4 series Black Mirror. Visiting Brighton for an exclusive screening of two Black Mirror episodes, he’ll follow up with an audience Q&A session.
For those who’ve not seen the programme, it reveals a gritty and hauntingly relatable series of dystopian lives through the insidious glare of the media’s influence on modern western civilisation. Whilst the premise may seem daunting, Brooker manages to create an entertaining and humorous interplay at the extremities in which its characters find themselves. Prepared to go where even Frankie Boyle would dither, Brooker’s stance on the Black Mirror series is that ‘they’re all about the way we live now – and the way we might be living in 10 minutes’ time if we’re clumsy’.
Prepare to be shocked, entertained and forced to think…whilst cracking a wry smile at this special event.
6:30pm, Thursday September 12, 18+ (NOW SOLD OUT)
Follow Charlie Brooker: twitter.com/charltonbrooker
picturehouses.co.uk/cinema/Duke_Of_Yorks
Words by Shira Rossiter

The Guardian (2011) Charlie Brooker: The Dark Side of our Gadget Addiction. [online]