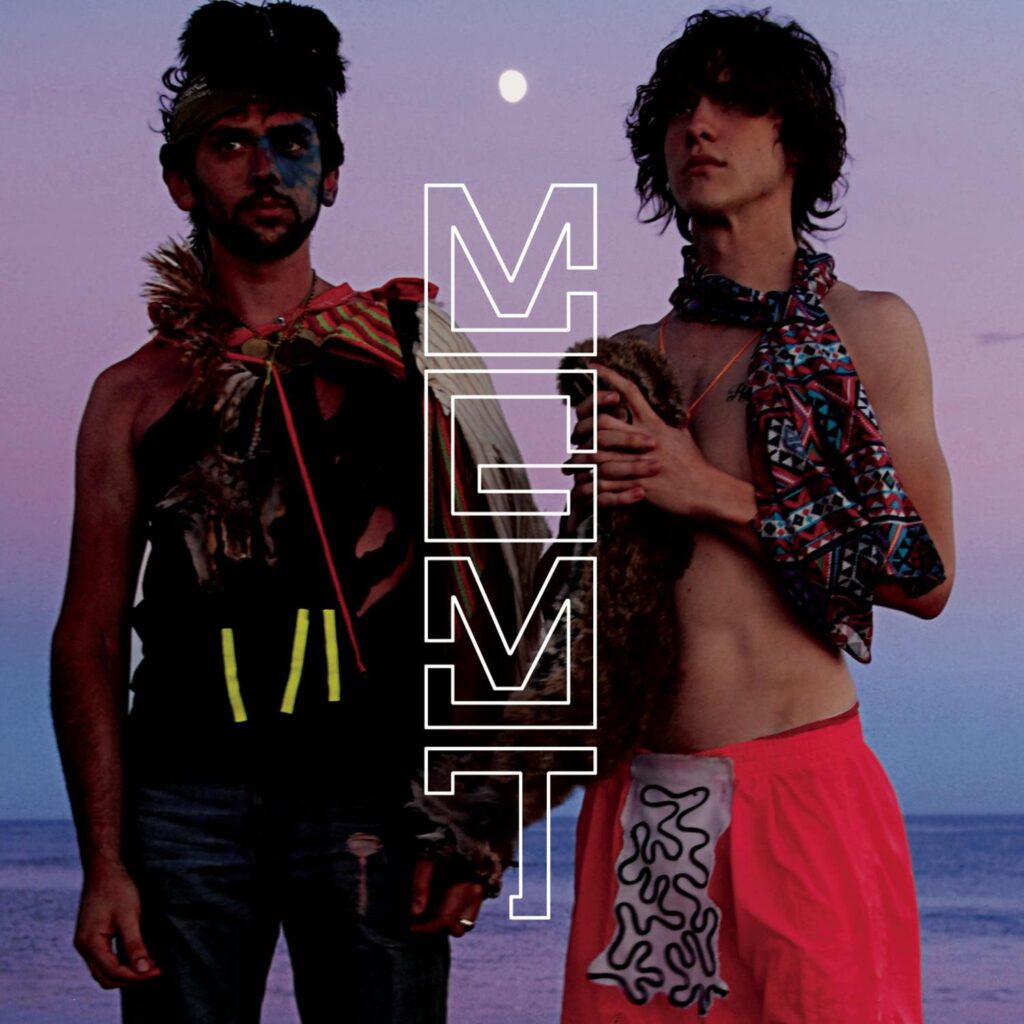 Some of New York’s hippest and hottest bands have been storming Brighton’s shores in recent months and, after Vampire Weekend’s recent gig, psychedelic pop pairing MGMT arrive at Pressure Point to an equal fanfare. With debut album ‘Oracular Spectacular’ attracting hot reviews and Rolling Stone magazine naming them one of 10 bands to watch in 2008, the youthful pairing of guitarist/singer Andrew VanWyngarden and keyboardist Ben Goldwasser have acquired no shortage of industry buzz.
The only trouble with all this hype is living up to it.Arriving on stage with a backing band of bass, drums and lead guitar, cherubic front man VanWyngarden certainly looks every inch the rock star in waiting, complete with flowing locks, bandana and skinny jeans, while the bearded Goldwasser remains low-key behind a bank of keyboards.
Opening up with a lean run-through of ‘Weekend Wars’, an instant classic that sounds like the lovechild of The Rolling Stones and Scissor Sisters, the band hit their groove immediately. Recreating the vibrant perkiness of the album with laidback ease, it’s obvious that the band and the songs are both good enough to stretch their limbs in a live setting. So, while their sound retains the trippy pop elements of the album, it also rocks much harder in the flesh – surprisingly so at times.
Second song and lead single, ‘Time to Pretend’, is no longer entirely driven by that magnetically-catchy synth riff but also by some fiercely dynamic drumming and upfront guitar. During ‘4th Dimensional Transition’ the band briefly head into rock overdrive with joyous results. Later, the ultra-sexy slab of funk that is ‘Electric Feel’ becomes impossibly slinky and sleazes around like Prince circa 1985 on Viagra.
Running impeccably through most of the album, MGMT’s technical ability as a band is impressive, sounding tight and muscular while the vocal harmonies work well. There’s not a whole lot of banter, but the sell-out crowd and band seem to be enjoying themselves and VanWyngarden even has a stint on the drums during the one song encore of ‘The Youth’. On the evidence of this performance and their effervescent debut album, MGMT need pretend no longer because they are fresh, vibrant and more than worthy of your attention.