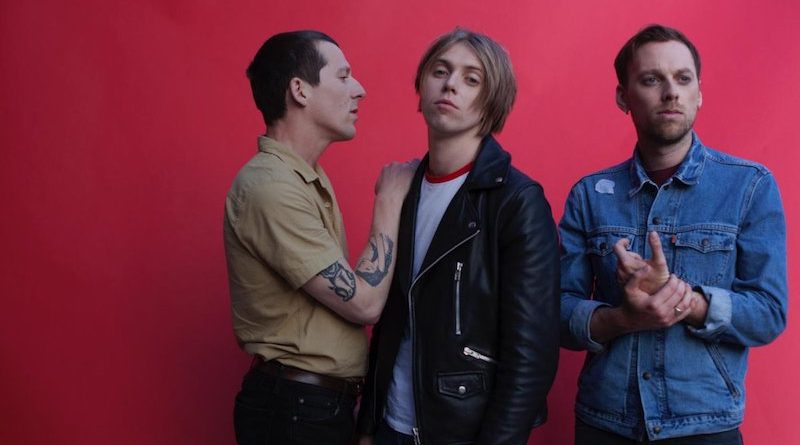 About to embark on a full UK headline tour throughout this month and next, they’ve just released their New single “Feels Like Falling In Love” (out now on Raygun Records) to an impressive reception and over 240,000 streams on Spotify in a week! The Brighton-based 3-piece’s long awaited single received its debut on the Radio 1 Rock Show this summer as The Rockest Record (track of the week). In a week it dominated the Spotify Viral Chart at number 3 of 50! we catch up with lead vocalist and guitarist Murray Macleod for a chat ahead of their show this month at The Haunt…
Anticipation had been building amongst fans ahead of the release of their most recent new music; their first release since third album “There Is Only You” was released at the tail end of 2014! There couldn’t be then, a more perfect time for the band to hit the road to support the release of their new track – topping off the good news with the cherry on the cake, the opening performance on the main stage at the legendary Reading & Leeds Festivals this year! Armed with new material, it’s the perfect moment to win over a crowd of new fans from an audience of thousands who’ve not yet had the chance to see the band live… “Absolutely!!” Confirms Murray; “That’s a huge reason why playing festivals is so important for a band like ourselves. That strong underdog mentality in wanting to really prove yourself and win over as many people as possible is a feeling I relish”.
Undeterred by the challenge (albeit an incredible one!) of performing for a crowd who’re there not only for their band, but for an awesome festival experience, it’s about creating awesome memories for both the audience and the band; Macleod tells us: “It’s really interesting to me, being part of a very large experience for someone as we are one of many experiences in the case of a music festival, but in all honesty, I try not to over-think that stuff. We go up there, give it everything we’ve got and hope people enjoy the moment and create a lasting memory for themselves”.

And will the band find time to hang around for a bit after their show? Anyone they’re keen to check out?  “Our dear friends Architects are playing so we will absolutely be watching them – and we are also desperate to see Haim. We are going to celebrate with Architects on Sunday so that will be a good time for sure”.
Speaking of good times, it must have been an incredible feeling to hear “Feels Like Falling In Love” have its first play on Radio One this summer – is that something you ever get used to we wondered? Hearing your own music playing on the airwaves? “I never get used to it” the artist answers modestly. “In all honesty, I never want to get used to it. It’s a hell of a thing hearing yourself on the radio and I always feel a tremendous sense of pride”.
And what about those who’ve not yet heard their recent track? Any tips for the best way to have a first listen? “Put it on, pump up the volume and air guitar your way around the house, alone or with friends, it doesn’t matter. Also, if you’re feeling a bit blue, throw on your headphones, go for a run and let this song be the soundtrack. It was made for running and feeling free”.
Speaking of hitting the road, you’ve been out on tour a lot the past few years, and until now it had been a while since you released new music; would you say you prefer the road to the studio? “During the first 2 records (”In the Cold Wind We Smile” – 2009 and “Scatterbrain” – 2010) – I preferred being on the road, but now I love both equally. The creative side of my brain has really expanded with age and I really do love the recording process, and having no limitations when it comes to experimenting with sounds and songwriting”.
A testament to which is the alternative release of “Feels Like Falling In Love” – a stunningly tender version of the latest single; we wondered who the band would dedicate it to? ”I’m now going to dedicate it to my 8 month old Nephew, Rory. My sister and her family live in Kuala Lumpur so I rarely get to see them but I met him for the first time last month and the amount of love I have for the little man is unparalleled”.
Back to touring now, the band are due on the road in Europe with Nothing But Thieves…“We are good friends with those guys and we love playing in Europe so it’s going to be a really great trip. We’re going to try out quite a bit of new material during that tour and as always, we can’t wait to meet all the good folks at the shows.”
Any particular date you’re looking forward to? “I absolutely adore Paris! I’m a romantic and the romance in that city is real life magic. It’s the last show of the tour and my parents are flying over it so it should be a great night”.
And the band play Brighton at the end of Sept, nothing like a home-town show hey?! “You’re going to get me into trouble as we have a (real) hometown show in Aberdeen on that tour. Brighton is our home away from home though so I guess we’ll name it the ‘home away from hometown’ show. It’s the first night of the tour so we are looking to kick it off with a bang!”
We can’t wait! Look out for the bands’ new music video for “Feels Like Falling In Love”, due out before the tour, along with a big announcement!
The Xcerts play at The Haunt on September 29, 7pm, £8.50 +bf, 14+.
Buy tickets online and follow the band at Thexcertsband.com. 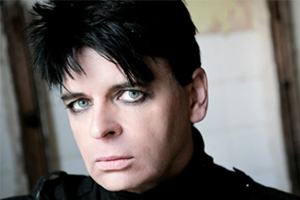 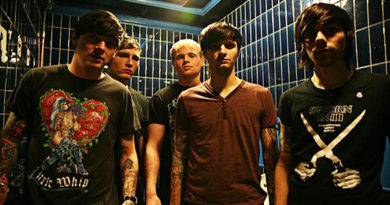 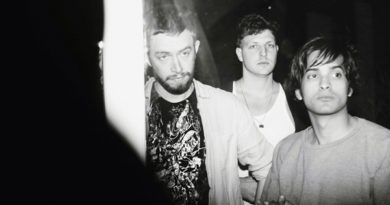