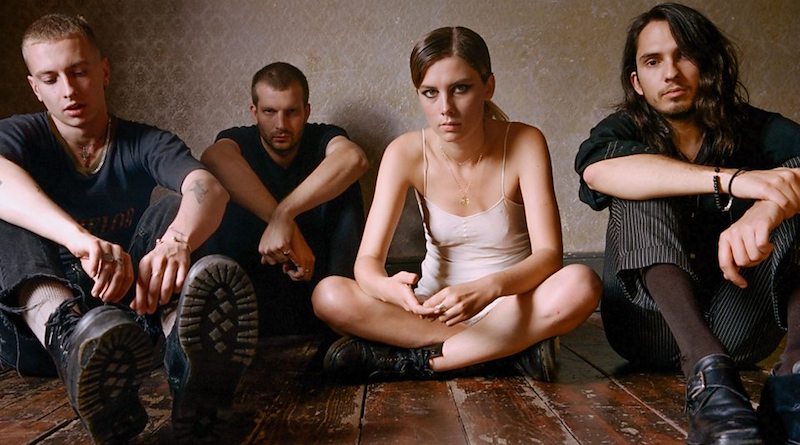 After releasing their debut “My Love Is Cool” in 2015, Wolf Alice’s world was turned upside down. The critically-acclaimed album propelled the London four-piece in to the mainstream; landing them a UK #2 chart position and a prestigious Mercury Music Prize nomination along the way. What followed would be the best part of two years spent on the road, an experience that would inevitably shape and inspire the creation of their latest effort “Visions Of A Life” (out now on Dirty Hit Records). We caught up with Ellie (guitar/vocals) to talk about the new album ahead of their upcoming European headline tour.
Not many bands are tasked with the mission of following up a debut as successful as Wolf Alice’s “My Love Is Cool” and far too often we find ourselves filing their sophomore efforts on top of the ‘difficult second album’ pile. Of course, “Visions…” is far from that, it’s an album full of surprises at every turn, and shoegaze-inspired indie-rock anthems that will leave their mark for years to come. Nevertheless, we wanted to know – did the band feel any pressure to live up to these expectations?
“You do feel pressure from people’s expectations, but the biggest pressure is to fulfil the expectations that you have upon yourself. You want to make this really good album, you want to make it better than the one before, you want to do these new songs justice. Those are the expectations that are most important.”

No two songs sound the same on “Visions…”, yet somehow it flows cohesively as one piece of work, speaking of the writing process, Ellie shares –  “We started off with preconceived ideas of what we potentially wanted to make but we kind of lost them all along the way and just wanted to make something that was really good regardless of style, genre, or anything like that.”
Keen to broaden their horizons, the band opted to work with renowned producer Justin Medal-Johnsen on the album, how did this choice come about and what were the reasons behind it?
“I really like the album ‘Pe’ahi’ that he did for The Raveonettes, so I found him through that. We looked up the other stuff he’d done, like Paramore, who have achieved that hi-fi sounding rock music, which we were kind of interested in, and then M83 who clearly have a lot knowledge about synth and pop music and stuff. I thought, well this is a well rounded guy who’s also a musician himself, which I think really helps, so we got in touch and spoke to him over Skype.”
Surely one of the other perks of recording with him was the fact that the band got to live in L.A whilst doing so, was it all work and no play?
“We had some time to play, we made some really good friends out there, but I think we were so excited about making music that we didn’t care about anything else really, that’s what happens when you get older.”

The creative process doesn’t stop once the music is wrapped up, as any great album has exciting artwork to match. “Visions…” is no exception, with its dark yet beautiful use of images, what is the story behind the eerie front cover?
“It’s a picture of my auntie when she was younger. First and foremost we just really liked it. We never really design artwork to match the music, but rather wait until something comes along which we feel works.” Ellie continues – “I don’t know why she was dancing around a podium with a skull on it, wearing a frock, but I felt like it really related to my own childhood, imagining that I was doing something else, that I was someone else.”
Now that the album is out, it’s time for Wolf Alice to adopt the touring lifestyle again as they head back out on the road for an extensive European tour, something that Ellie says “can be nerve-wracking, but we’ve come accustomed to touring.” As to be expected, there are some huge dates on this run, including the band’s biggest headline show EVER at Alexandra Palace on Nov 24th. Not an achievement to brush under the carpet, Ellie spoke about how she was feeling about it –
“I think it’s the most nerve-racking thing we’ve ever said yes to. We’ve played to loads of people before, but not all in one night. The venue just seems very momentous, the way it’s laid out, at the top of a hill. We’re all very nervous, but I think once we’ve toured these songs a bit more, and once it gets closer to the time, the excitement always overtakes so it should be fine.”

Shortly before this, Wolf Alice stop off to play Brighton Dome on Nov 20th, another special venue. Speaking of the city, Ellie says: “I love Brighton, I’ve been going there since I was kid. We’ll head down to the beach to that ice cream place called Morocco’s. I like shopping in the lanes and stuff, so yeah, I love Brighton.”
If you haven’t done so yet, make sure you pick up a copy of “Visions Of A Life” as well as tickets to their upcoming headline tour whilst you still can!
London: Wolf Alice play Alexandra Palace on Friday 24th November, 6.30pm, tickets £22 + bf, 14+.
Brighton: Wolf Alice play Brighton Dome on Monday 20th November, 7pm, tickets £20.50 + bf
Follow The Band At:
wolfalice.co.uk
facebook.com/wolfalicemusic
@wolfalicemusic 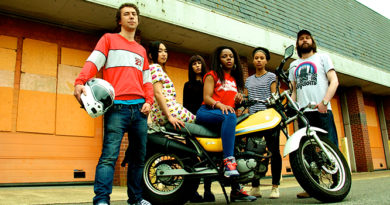 The Go! Team: "  I think we've nailed it with the current line up" 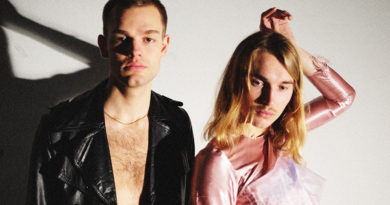 Interview: Ruby Empress, first ever UK show at the Lexington in London April 27!