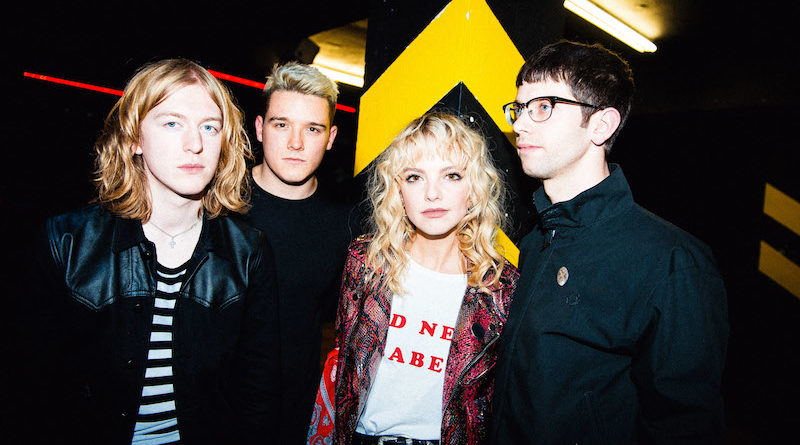 One of the most promising young acts of the last few years, London-based four-piece Anteros are making huge waves in the indie-pop scene. We caught up with front woman Laura Hayden to find out more about their infectious new EP “Drunk”, the band’s evolution, and what to expect from their upcoming UK tour.
“Why are we wanting to put everything in a box?” asks Laura when questioned on how she would describe the band’s sound. It’s a confident statement, and an approach that has seen Anteros embrace all of their individual influences with exciting results.
On first listen to Anteros, it’s easy to draw comparisons to iconic indie bands such as Blondie, The Cure and No Doubt. Whilst there’s no denying the impact that they have had on the band, Laura does not like the idea of being pigeonholed and is intent on remaining far from ever becoming predictable.  “I think wanting to sound like one band will mean you’ll only be put in that category, whereas you should make a sound that is comfortable with you. When you are limiting yourself to sounding a certain way then you are limiting who’s going to listen to you.”
Fast forward just a few years from their humble beginnings as a bedroom project in 2015, the band now have multiple releases under their belt. We wanted to know if Laura had a vision of how Anteros would sound from the start, or whether their output had been an on-going experimentation process up to this point.

“I think every band experiments with their sound, I don’t think any bands like to stick to one sound for too long. I think that makes you very dated and I think that means you’ll only fit in a certain moment in time. As a band, I think you should always be experimenting with new sounds and you should always be wanting to adopt new sounds and evolve. It’s part of being in a band, its part of evolution. We have influences, but we all have a lot of different influences and that’s what comes together and makes us. We don’t say no to experimenting because that would be denying to evolve, and I think in this day and age you have to”
Their latest evolution arrived earlier this year in the form of  “Drunk”, their second EP. Sharing some insight in to the title of the EP, and also the lead track, Laura said, “The whole EP came around “drunk” basically, being drunk, being with drunks, just being in that. Whether that be on alcohol, or life, or whatever.” Armed with a concept, “Drunk” is more thought out than their previous effort “Breakfast”, which Laura describes modestly as being “just a mix of demos put together”, she goes on to explain that these four new tracks were the result of a band who been given the newfound freedom to work on their music in exactly the way that they wanted. “We had the opportunity to go and record everything in the studio properly and take our time with it. It was a really wonderful process to be able to record songs from scratch and make them yours.”

Outside of the studio the band is no stranger to the road, having supported the likes of Two Door Cinema Club and Blaenavon. As comfortable as the band might feel on the stage, the upcoming September tour will present them with some new exciting and daunting challenges. These six shows mark the first time the band has ever headlined outside of their hometown. Speaking in anticipation of this, Laura shares that “It’s going to be quite emotional, it’s going to be very scary, but also it gives you the right to do whatever you want on stage performance wise.”
Intent on stepping things up a notch on this run, she is excited to share that the band will be debuting some of their recently recorded new material, saying “We’ve got a couple of new tracks we’ve just finished, one of which we’ve never played live, it’s going to be really fun to actually get it out on the road for a while.”   Road-testing new material is something that has worked for them before, even to the point of choosing to record a particular track as a result of nonstop queries from fans, intent on finding out how they could get their hands on what they just heard live, Laura says that “It’s really cool actually that people have started to know it from coming to our shows, that’s the only way they can hear it yet they start singing along, that’s a weird feeling!”

Having played The Great Escape Festival twice, as well as supporting White Lies here, the band are excited to return to Brighton and kick off the tour in what Laura calls her “second favourite place after London”. When asked about the band’s favourite local spots she said – “The company and the environment is beautiful, it doesn’t really mater where you go, but food-wise, Burger Brothers!” So there we go, if you were hoping to bump in to Anteros pre-gig then now you know where to find them! Don’t miss this one, and make sure you pack your dancing shoes!
More info on the show below:
Venue: Komedia, Brighton
Date: Monday September 25
Time: 7.30pm
Price: £8 adv
Age Limits: 14+
Website & tickets 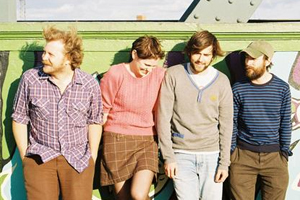 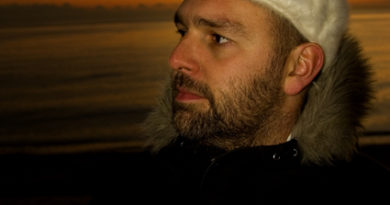