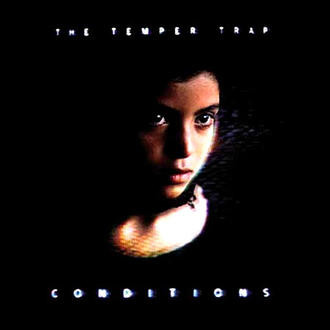 This Australian four-piece were one of the bands to see at this year’s Great Escape and with all that promise they have delivered what should be one of the most engaging debut albums of 2009. Recorded with Jim Abbiss it has a big sound, epic drums and killer hooks. Sounding like the Mars Volta writing songs for Coldplay for the Eurovision (in a good way) this is a wonderfully intriguing debut.

Hello, watched the Temper Trap at Brighton Great Escape at the Dome, I have seen the band before and really like them. I was very disappointed with them this time, sound was really bad and lead singer was missing his normal energy, still looking forward to the new album……