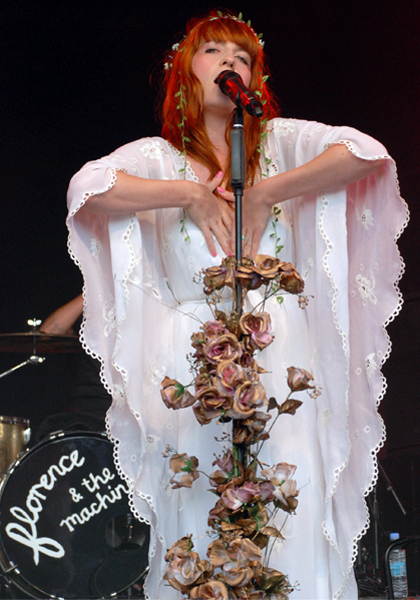 Florence And The Machine’s debut album ‘Lungs’ has finally topped the UK albums charts! ‘Lungs’ was released in July 2009 and went straight to Number Two where it stayed for five weeks (only to be held off Number One by a Michael Jackson compilation), and then spent 28 consecutive weeks in the Top 40 before this week finally hitting the top spot!

You Me At Six’s ‘Hold Me Down’ enters at Number Five, and the hotly-tipped “bronze medal” winner of BBC Sound Of 2010, Delphic enters at Eight with their debut ‘Acolyte’.