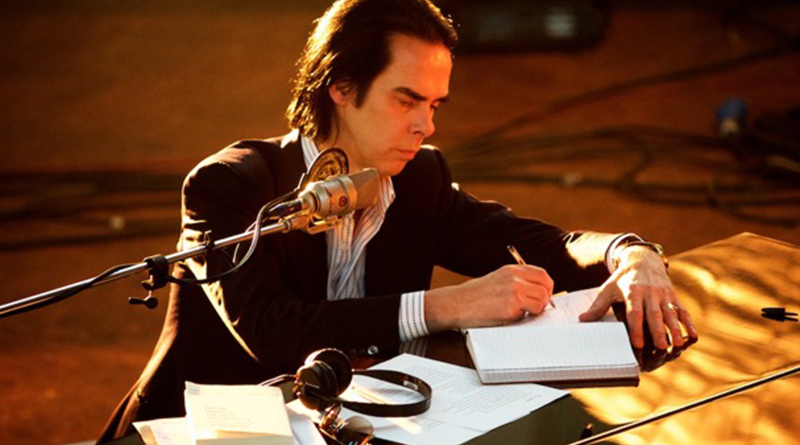 It came about as what was originally planned as a ‘one-night-only’ showing in 950 cinemas across 30 countries all at once on September 8 last year, and this extraordinary film has since been screened over 1700 times at over 1000 cinemas world-wide!
With it’s original run extended over several days, and new screenings added through December 2016 and into January of this year as cinemas globally continued to sell out, it’s the feature film about the making of acclaimed album “Skeleton Tree” which was directed by Andrew Dominik (Chopper, The Assassination of Jesse James by the Coward Robert Ford).
An honest, fragile documentary and a very personal insight into the circumstances around the making of “Skeleton Tree”, the band’s 16th studio album, it features live performances by the band in the studio and is shot in 3D, colour and black & white.
Due out March 3 on DVD, Blu-ray and a Limited Edition 3D Blu-ray, all formats will come as two-disc editions with previously unseen footage.
Out on tour in Australia and New Zealand in January and North America from late May through June, keep an eye on the official website for news of UK shows in the future.
Album “Skeleton Tree” is out now, and has charted at number 1 in 8 countries with a further 11 top 5s and numerous top 20 positions. The album gained the band their highest ever position in the UK: no. 2 with the Official Charts Company and in the US: no.27 in the Billboard chart.
More about the band at nickcave.com
Photo by Kerry Brown
Watch the film trailer here:

21st December 2021
Subscribe
Connect with
Connect with
0 Comments
Inline Feedbacks
View all comments
SEE XYZ IT'S ON! Click for more