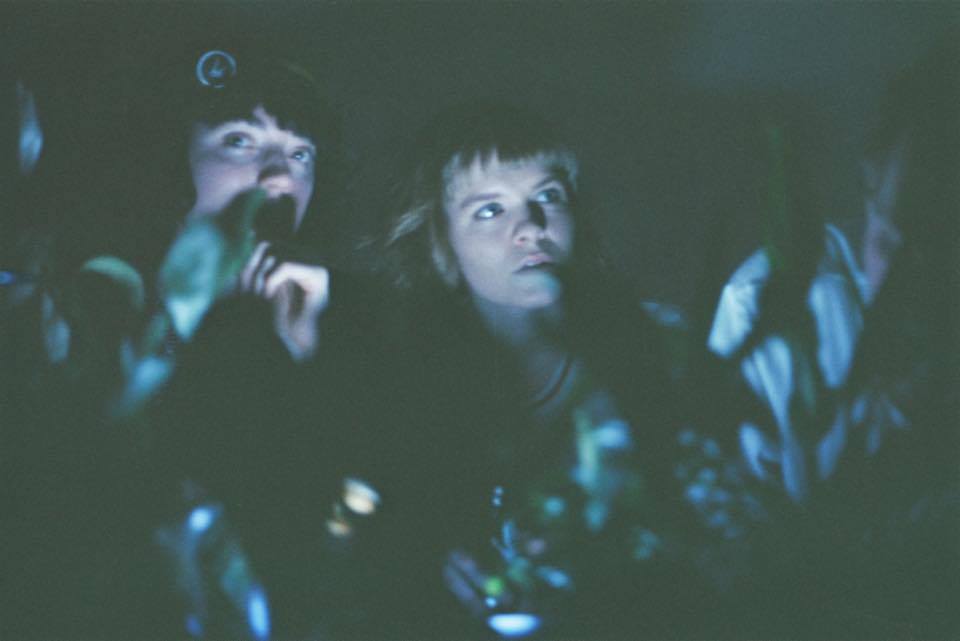 This is a band on the verge of releasing some highly anticipated new music, for the first time in nearly a year! We caught up with Lucy Jane from Brighton’s Projector to talk about the band and to get the gossip on their forthcoming single release…

Hey Lucy, how are you doing today?

I’m alright – at work at the moment so just drafting some spiteful emails.

Who are Projector and how did you meet?

Projector are a Brighton-via-Cornwall/Luton- based three piece. It’s a project Ed and I started when my last band collapsed and I forced him to leave his too. We’ve been through a fantastic amount of drummers – which probably says something about us – though all along we really wanted Dem. I’d been staring at her longingly over the counter of Brighton Electric for about three years before I asked her to join in November. She said yes for some reason and is full of regret.

What is your musical family tree? Who are your biggest influences?

For me everything from grunge and 60’s pop to post-punk and jazz…Joy Division, Pixies, Abba, Tom Waits, Radiohead, Leonard Cohen, Neutral Milk Hotel, Coltrane, New Candys etc etc. If I’m honest my main influences over the last few years have been Brighton bands like Demob Happy, Tigercub and the Wytches. I guess there’s something extra visceral about getting to see your favourite bands in a filthy hole ten minutes from your door. Ed doesn’t really like music.

You have a single release coming up, what can you tell us about that?

“Just the Once” is one of Ed’s and it’s been our set opener for a while. It’s a strange track with constant dual vocal harmonies and cycling riffs culminating in a Doors-esque breakdown. It’s either us at our most infantile or most sophisticated. I’m not sure. Lyrically it’s based around material I dreamed up one night while I was in hospital full of morphine. It was probably the best night out I’ve had in years.

When’s your next show?

We’re supporting our magical friends Clever Thing at their Green Door Store single launch. It’s a really fun lineup – Clever Thing, Murder Boys, RV Monroe and us have all variously played together in previous bands, Consuumer are super cool and the elusive Dirty White Fever have been favourites of mine for years…It’s going to be a train wreck and Rich usually falls over so that’ll be good.

What are your plans for the rest of the year?

We’ve got a secret Alt Escape show in the pipeline that I’m beyond excited about. We’re also working with Ben Hampson on a few singles in May that should see us shake off the psych for something a bit more angular.

What are you listening to at the minute?

Ballad of a Thin Man by Bob Dylan

“Just The Once” is out May 1. Keep an eye on Projector’s socials to keep up to date with live shows!