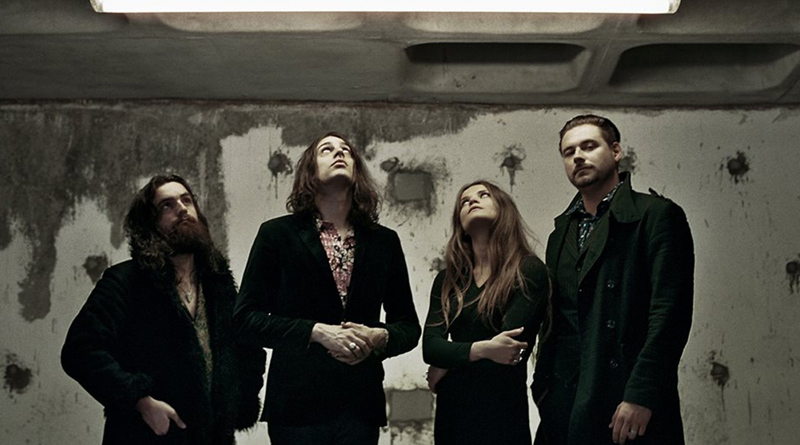 It’s time to get to know Brighton’s Clever Thing! We caught up with them for a quick Q&A to find out about everything going on in their world…

Hello Clever Thing! For those not in the know please introduce yourselves and let us know what you’re about…

Hi my name is Rich and I’m all about cheesecake.

You’ve just premiered your new single “Fixer Upper” what’s the song about and who did you record it with?

It’s about Disney, amongst others, raping real history and real people for tacky movie scripts that become the new gospel. It’s the burning of the books. Tom Hanks wakes up screaming because he knows he is the same as Hitler in this way. That’s not true, but you see what I’m getting at right?

We made it with Ally Jowett, who’s mostly known for his work with Adema & Hoobastank, but I think this is honestly some of the best stuff he’s ever recorded.

Who is in your musical family tree? Who are your biggest influences?

When we started the band we called it ‘swing punk’. We love the visceral attack of raw punk and hard rock bands, but harmonically we listen and learn from old, OLD music. Al Bowly, Glen Miller, Artie Shaw, Tommy Dorsey, Wanda Jackson, Percy Sledge…the list goes on. People have forgotten where the pretty chords are.

Your single release show is coming up at The Green Door Store on the 26th of April what can people expect?

Any plans for the rest of the year?

Annually, I can probably do about a hundred cheesecakes. But musically, and perhaps more importantly, we have a single coming out every few months starting now. The next batch were recorded by our homey Ally Jowett and mixed by Alex Newport (At The Drive-In / The Mars Volta / Melvins / The Icarus Line / Tigercub). He’s a god damn sonic hero of ours, so we can’t wait to show that stuff off!

Which bands do you rate from your local scene? Is there anyone we should know about?

For one, just check out the lineup for our single launch. Every band playing (Murder Boys / RV Monroe / Consuumer / Projector & Dirty White Fever) have blown us away at some point, and that’s why we asked them to play! – But there’s so many more, I LOVED Big Slammu recently, I think they’re going to blow some cobwebs off the 90s revivalist scene down here for sure. On top of that check out Loa Loa, Space Cadet, Skinny Milk, Calva Louise & Beachtape.

Thanks!
“Fixer Upper” will be released on Be Pacific Records on the 28th April.
Follow them on Facebook: www.facebook.com/wearecleverthing

9th February 2009
Subscribe
Connect with
Connect with
0 Comments
Inline Feedbacks
View all comments
SEE XYZ IT'S ON! Click for more