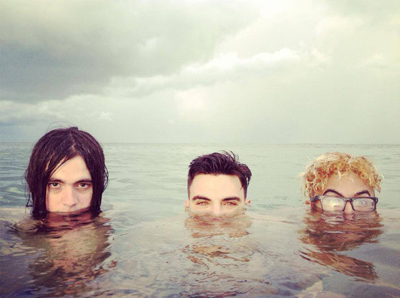 Garage rock gods Jacuzzi Boys will be bringing their raucous Miami fuzz rock to Green Door Store this December. Standing out in a recent wave of American garage-rock revivalists, think Waaves, Best Coast and Fidlar, Jacuzzi Boys bring the noise and personality to make them top of their game.

You may recognise the band from soundtracks to various Seth Rogen films and the music video with the lip-synching lady parts. Worshipers of The Ramones, their sound is raw but hook-heavy, with elements of Johnny Thunders and 60’s surf pop. With the release of their third and more cohesive self-titled album in September, the boys are ready to showcase it with their unpredictable and energetic live act.

Never straying from the party vibes, the Miami trio are sure to brighten up the Green Door Store with a compact live show of self-proclaimed ‘rock ‘n’ roll nuggets’.