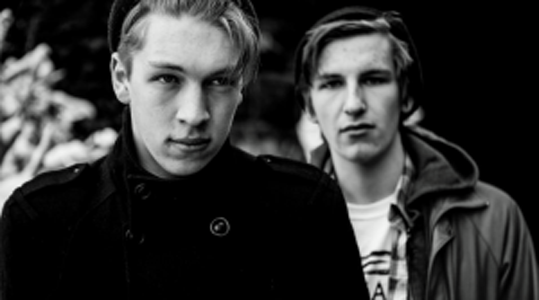 Dirty, dark, grungy, seething: Drenge (from the Danish for ‘boys’) are two brothers from the suburbs of Sheffield (Castleton to be exact) who know how to make some noise, with Eoin Loveless on guitar and vocal and Rory on drums. Having released their debut, self titled full length album this August on Infectious Records, Drenge hit the UK festival circuit, playing high profile stages at Reading and Leeds and receiving some promising press coverage from independent, alternative publications as well as The Guardian and NME.

Self launching at local Tramlines festival in Sheffield with self-released five-track EP including the singles Dogmeat and Bloodsports and a cover of the White Stripes‘ Jumble Jumble, the duo have shown an aptitude for impressive, murky blues infused chaotic rock. A rapid rise to recognition on the live circuit with sell out shows across the UK reflects how very good they are. Drenge are in no way pushing the musical envelope, but these boys do what they do with enough indie melodic deadpan hooks and gritty eviscerating energy to catch the attention of murky rock lovers everywhere. Everybody loves noisy, disaffected rock n roll. Especially when it’s played loud.
Doors at 7.30pm, £10 on the door, £9 advance + booking fees (now SOLD OUT). Aged 14+. Under 18s must be accompanied by an adult. R.O.A.R.

Their new album”Drenge” is out now.
For more information and tickets visit seetickets.com