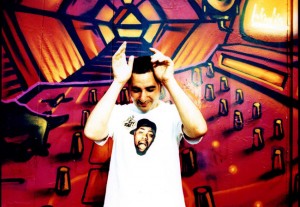 Catch a double bill of turntablist-cum-video manipulator extraordinnaires at Concorde2, fronted by the chief mixologist himself, DJ Yoda.
DJ Yoda has long since carved out a name for himself as a turntablist to the stars. Which isn’t to say he’s mixed his way out of the ghetto (or the Galactic Republic, for that matter), rather that Londoner Duncan Beiny reached world standard after a long time spent honing his skills at Warwick University. Awarded DMC Scratch DJ of the Year (amongst other accolades), for which he now regularly judges on their panel, it’s not just his superlative mastery of old skool vinyl scratching and a propensity for surprising mixes that soared him above his peers, but his cartoonish style. In the vein of UK mixologists a la Ninja Tune, Yoda favours wacky samples and kitschy gems from the nether regions of musical history. Accordingly, his mixtapes (including cornerstone “Hot To Cut And Paste”) have hip-hopped all over country music, ’80s new wave and ’30s honky tonk, amongst the dominating flavours of hip hop classics, soul and drum’n’bass.
If the already well-established DJ Yoda experience wasn’t already a novel and predictably unpredictable shakedown, Yoda decided to multiply by a factor of wow by going audio-visual. For some years now, you could have expected the usual hotchpotch of styles and tempos spanning R&B and metal, but with an added expert use of YouTube footage and tongue-in-cheek Star Wars references to add to Yoda’s already zany pop cultural mish-mash. If DMC wasn’t enough, Yoda is now a super-sensual three-dimensional party-starter to be reckoned with.
As if that wasn’t enough audiovisual hip hop buffoonery for one night, the bill also includes DJ Cheeba – a kind of Jedi apprentice to Yoda’s cut-and-paste crown. Both DJs have graced Ninja Tune’s Solid Steel radio series, on which Cheeba has now become a stalwart thanks to his pioneering audiovisual experiments, the last of which saw him green-screened onto his own video cuts. Expect some serious lightsaber-duelling competition from this mixologist champ.
Also featuring DMC award-winner DJ Deceptakut.
11pm-4am, £7 advance plus booking fee, aged 18+.
Head to concorde2.co.uk for more info and tickets. Check out Yoda’s website to see the video for his new single ‘U No Likey Like That’, featuring Roots Manuva .
Words by Callum McLean 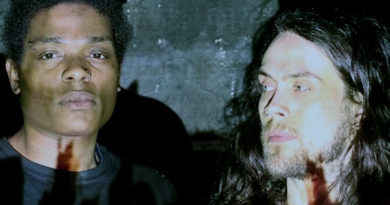