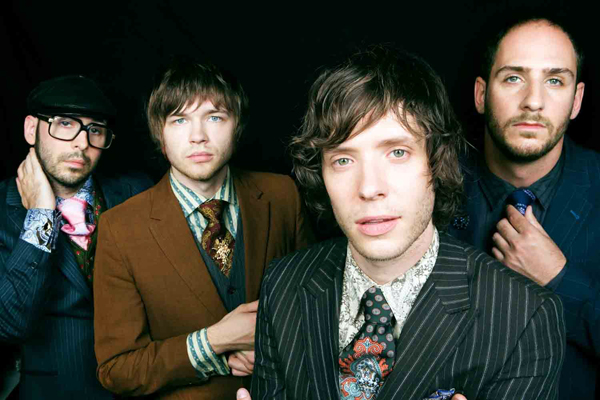 OK Go return to UK shores fresh with new material from their third album, Of The Blue Colour Of The Sky, set for released this month.

The American four piece first came to the attention of the music press with debut single ‘Get Over It’, but it wasn’t until the single ‘Here It Goes Again’, they received the recognition they deserve.

‘Here It Goes Again’ was hugely successful – winning a Grammy for “Best Short-Form Music Video” in 2007 and is one of the most watched and popular music videos of all time (Haven’t seen it? YouTube it now – it is incredible). Now, armed with a formidable live set following exhaustive touring around the globe, OK Go will play one show in Brighton.