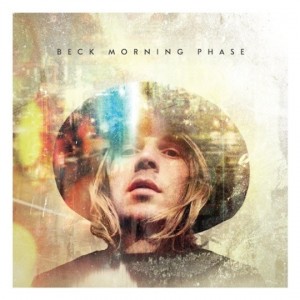 They say art is never finished, only abandoned. So when Beck decided to offer up his first studio album in six years, it was only natural he would look to the past for inspiration. A delicately introspective look at what was already an introspective album, “Morning Phase” (2014) acts to complete what “Sea Change” (2002) began over ten years before. Part reflection, part closure, one thing is clear; Beck is in his element, wrapping himself within layers of post-modern alt-rock without any hint of pretention.
“Morning Phase” certainly lacks the playfulness of previous albums such as “Odeley” (1994) or “Modern Guilt” (2008), and perhaps, for some, this will be a turn-off. Gone are the distorted raps, the experiments with instrumentation; the abrupt interjections from his ubiquitous samples collection. However what we are left with is well-rounded yet understated, and Beck settles in comfortably to melt from one track to another. We drift along from the album’s outset with steadily paced acoustic riffs, intimate, sustained vocals and the brief blessings of a string ensemble breaking in and out like waves upon the shore. Upbeat openers such as “Morning” and “Heart is a Drum” introduce us to this new, dreamlike world, speaking of ‘oceans of diamonds’ and the ‘light of day’.
Yet such songs juxtapose their seemingly carefree nature with far more melancholic lyrics and double-meanings, and this bittersweet taste is echoed by the country-rock style Beck has chosen to embrace. There is no humour in this album; the gaze is completely inward. Somehow this makes it all far more personable and revealing, if at times a little self-absorbed. Guest vocalists have no place here, and the musicians featured are all back together for the first time since their work on “Sea Change” (having found each other reunited for a concert in LA). Certainly a case of history repeating itself – but is it for the better?
Things seem amiable enough till we are swept into the murky realms of prog rock with stand-out track “Unforgiven”. Perhaps it’s a cardinal sin to compare any artist with Pink Floyd, yet the lustrous, sustained piano chords and subtle percussion undoubtedly echo “Dark Side of The Moon”s “Breath”, with an invocation of Bjork for good measure. Floyd makes another definite nod in track five, “Turn Away”; the title and style being just that bit too similar to Floyd’s own “On The Turning Away” to be mere coincidence. Yet it would be remiss not to acknowledge Neil Young’s influence upon the work – in fact, that of any of the musicians ingested by the Buffalo Springfield machine – The Byrds finding form here too. Beck is paying homage to the breezy nostalgia of years gone by, reflecting the introspective nature of the album.
The album finishes on a sweet note with “Waking Light”, definitely one of its better tracks. ‘Night has gone’ Beck croons, ‘we’ve waited long enough to know’. It is obvious that beneath the album’s easy going temperament, a much deeper message lurks. This is the twelfth album in the saga that is Beck – and with the news that he is set to release yet another this year, it is clear that “Morning Phase” is not just a road-weary fond farewell to the past, but a call to bring in the new day. Beck has only just awoken.
Words by Scarlett Shearwood
Visit the artist page at beck.com