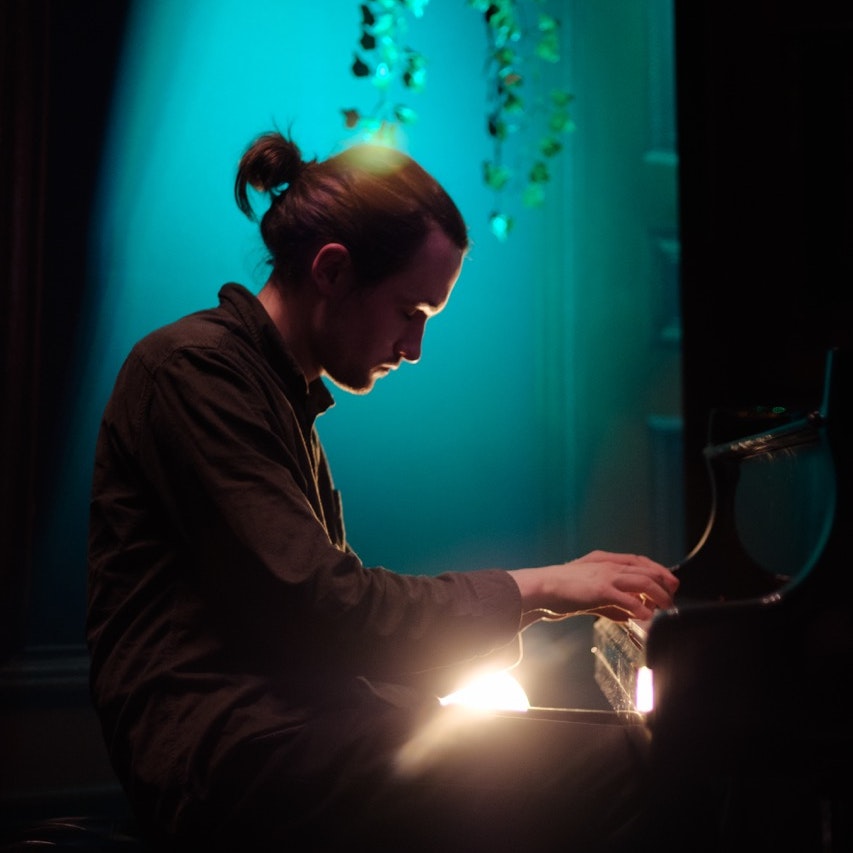 An innovative blend of jazz and Scottish traditional music, if you haven’t already bumped into McCreadie, as The Times explains it; his is ‘a giddying fusion of Scottish culture and jazz history’.

Hailed as one of the most exciting young talents to come out of both Glasgow and the new jazz scene, the 2022 Scottish Album Of The Year award-winner & 2022 Mercury Prize shortlisted pianist & composer is taking to the road with an extensive sixteen-date UK tour, presented by Music-Net (see below for more).

Composing elegant, mesmerising music, this well-rounded musician, passionate communicator and skilled performer is both a pianist and an improviser of exceptional ability and originality – check out the video for “Law Hill” below, taken from latest album “Forest Floor”, for a look at what’s in store at the live shows.

Interestingly, Fergus, who first entered the national scene back in 2018 with self-released debut album “Turas”, is the only non-classical musician to be selected as a 2022 BBC New Generation Artist.

Recently named Jazz FM’s 2022 Best Instrumentalist Of The Year, McCreadie’s first album is rooted in Scottish folk tradition, showcasing exceptional rhythmical flair, and it instantly captured the interests of promoters and industry around the globe, winning the newly rising talent Album of the Year at the Parliamentary And Scottish Jazz Awards and a shortlist for the cross-genre Scottish Album of the Year Award 2019, as well as BBC Jazz Musician of the Year Finalist in 2018.

His second album “Cairn” (2021) delivered a huge appeal beyond jazz and music, as a result of the connection to Fergus’ locality, and the nature and landscapes of Scotland, whilst Fergus offers a greater earthiness, illustrated by the changes the seasons produce on the forest floor, with his third album, his very latest release by the same name “Forest Floor”.

Check out the tour schedule below, where McCreadie will perform with his trio; long term cohorts David Bowden and Stephen Henderson – our nearest show here in Brighton is just up the road at London’s Bush Hall.

You can find find out more about Fergus McCreadie and his music online at his website & socials linked below.

Watch this video with the Mercury Prize with McCreadie talking about his shortlisted album “Forest Floor”:

The Fergus McCreadie Trio will play the following shows:

24 February Bristol The Mount Without

26 February Manchester Band on the Wall

Tickets for all dates are on sale now via Fergusmccreadie.co.uk/tour