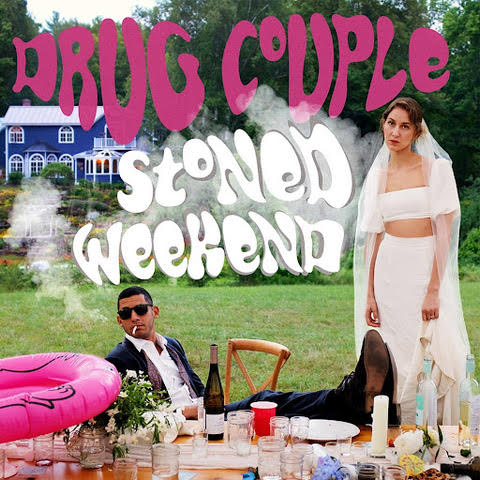 Alleged marijuana farmers and a married couple, Miles (vocals, guitar, bass, harmonica, keys, production) and Becca (vocals, bass, guitar, harmonica) were once a “Brooklyn band”, until they moved to the Vermont countryside, got married, and built a studio in a two-hundred-year-old barn that they named “Freelandia”. It was here that they recorded their first LP ‘Stoned Weekend’, with a country-tweaked American indie-rock sound – perfect for fans of the likes of The Lemonheads, Yo La Tengo, Dinosaur Jr and Neil Young.

Having left NYC on Friday, March 13th last year (2020) for a wedding planning weekend in the countryside, a couple of weeks later they found themselves unemployed, in the middle of the woods, with a whole heap of time on their hands. Amongst the rolling pastures of the grounds they now called home, they assembled their new studio – laying down singles like “Our December”, and “Lemon Trees”, and in time the whole record ‘Stoned Weekend’ (produced by Miles himself), set to be released on 28th January. Perfect listening for a lazy weekend – have a look and see what you think….