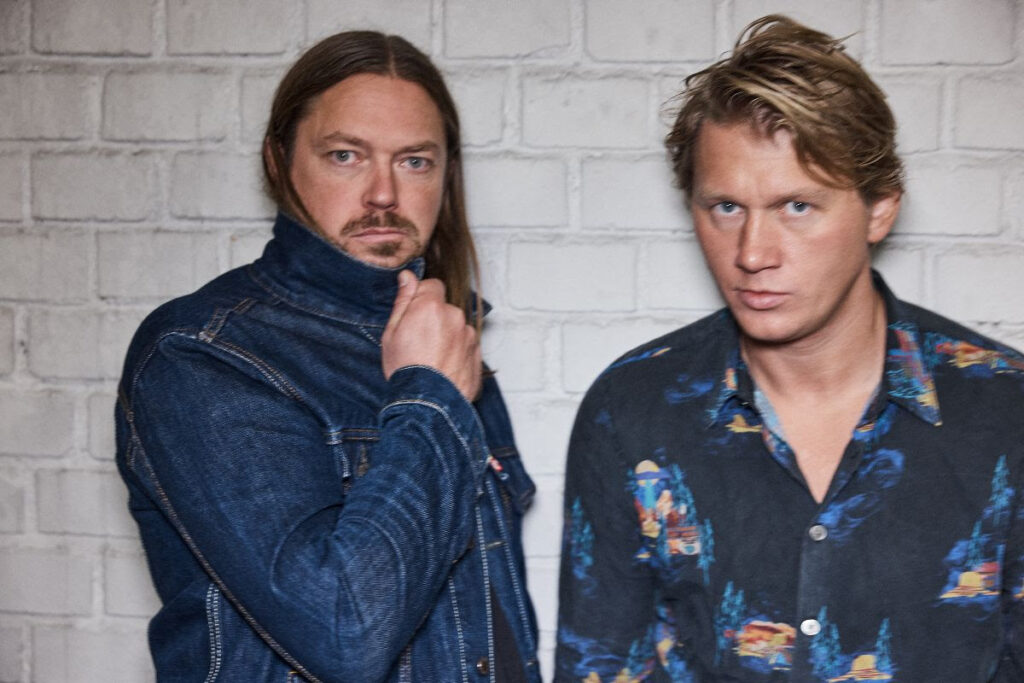 With two singles out this autumn just gone, ‘Something = Nothing’ and ‘Koala Before The Storm’, they’re back once again with ‘A Passenger’ ahead of the release of  their seventh album ‘Mad Gone Wild’, which is due out early next year (Feb 11th).

Following the journey of a man descending into insanity, Johnossi says of the track: ”An attempt to describe the feeling of being disconnected from our own life. Sometimes we merely feel like a passenger, a witness, watching the driver of our life from the side. We are not the one in control, someone else is pulling the strings here. Who? A shadow personality? Fate? This is no such thing as free will but where does the guidance come from?”

Formed in Stockholm in 2004, singer/guitarist John Engelbert and drummer Ossi Bonde landed their first record deal after just three shows, thanks to Ossi’s ferocious drumming and John’s stunning guitar work – and with the release of their self-titled debut album they snagged a spot as one of the most influential acts in Sweden today, winning a Swedish Grammy and a mantlepiece of other awards, plus a huge fanbase to boot with their explosive live shows.

Listen to the latest track here:

Johnossi have also announced the release of their seventh album ’Mad Gone Wild’; “We wanted to explore the dangers of living in your head too much, and ask questions like: ‘Is there an exact point where you go from sane to insane? What is that point? And aren’t we all insane in one way or another?’”

The single and full album is produced by Pelle Gunnerfeldt, (The Hives, Viagra Boys, Refused).

Buy tickets for their shows and find out what’s happening at Johnossi.com

Find out more on the socials:

Due to covid Johnossi had to re-schedule some German shows in December, and the European tour (including some re-scheduled shows) will now start right after the album release.

European tour dates 2022 (with support from Linn Koch – Emmery) – look out for a nearby live show soon!