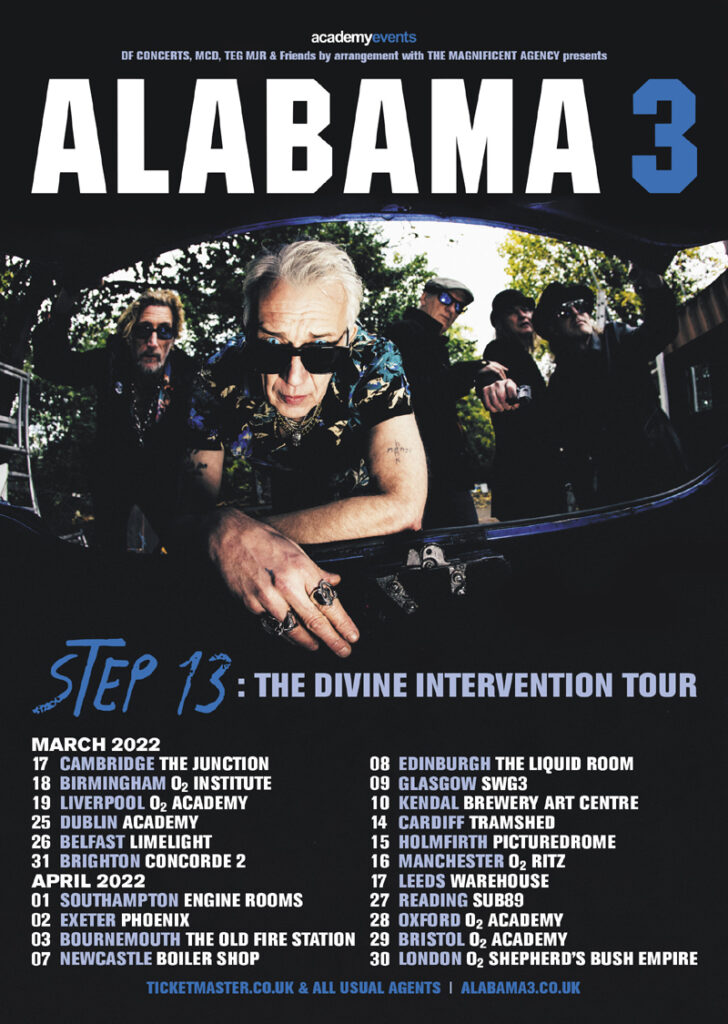 If you don’t know the story, they originally came together as a group at an all-night squat party back in the ’90s, when charismatic frontman and co-founder Rob Spragg started singing a Hank Williams song over an acid-house beat, and co-founder, the late Jake Black, a diehard Jazz fan, chimed in with a helping of bebop skat; and thus ALABAMA 3 came into being!

Their 1997 smasher “Woke Up This Morning” was featured as the theme music for long-running HBO series ‘The Sopranos’, winning them more notoriety and reams of fans, and following that the tour for 12th studio album 2016’s “Blues”, put a full stop on a 20 year run for the much-loved band in their current formation at the time, due to the death of legendary songwriter Jake Black, aka The Very Reverend D.

Now back with a vengeance, the band return to the stage with their most recent album ‘Step 13’, released September 2021. Refusing to wallow in pity following their tragic loss, their new work presents the pick me up that both they, and we all needed, as they muster forth their resources collected up during 20 years of performing knock-out shows, in readiness to blow this tour out of the park in a manner such as one could only expect from one of the UK’s most beloved trip-hop acts. Do not miss it!

Get your concert tickets here