Having interviewed the lovely, talented and slightly mad Julie Ann Bee (AKA Sea Of Bees) the previous month, an imminent summers night of pure listening joy at one of Brighton’s most intimate venues was greeted with much anticipation.
Kicking off the evening of ethereal acoustic Folk was solo artist and songwriter Justin Saltmeris, the possessor of a voice that blends the fragile smokey tones of Damien Rice with the sandy blues-tinged grit of the Screaming Trees. His intimate songs are penned with a sense of longing that hangs raw in the air about him. Whether genuine or manifested, his anguish is wholly convincing, giving the impression he has loved, lost and lived in equal measure. A brilliant start to proceedings.
The second act turned the dial to the opposite end of the scale. Early Ghost are an Eastbourne based sextet of fresh faced youths, who subdued a slight case of nerves to deliver a set of uplifting Country Pop ditty’s. Opting to deliver an entirely acoustic set (they normally have electric guitar), the five lads and one girl tear leaves from Noah and The Whale’s handbook and mix it with a Tarantino-esque sense of redemption.
With the room heating up and a gaggle of seated patrons eagerly chattering at front of stage, it was time for the main event. Californian artist Sea Of Bees ambles into view, guitar in hand, with a playful look in her eye that hints to a wildness inside. She’s so keen to get things started that she’s early. Twenty minutes too early to be precise, and she slinks back off into the audience until the time comes to take to the stage proper. Moments after the first melody escapes her boyish frame though, an intrusive crackle cuts her off and she’s quick to reassure the crowd. “You know what guys? Lemme just take care of this, because I want to be good for you.” Thankfully, Justin Saltmeris offers up his beloved Taylor, presenting it on one knee as if it were a sacred object. Having sworn she’ll look after it, Julie Ann and her accompanist Amber pick up where they left off and it’s soon clear why the crowd were so patient.
Her voice is childlike; for want of a better word, flitting from soft angelic whispers to loud close-eyed tantrums. She’s an animated performer, backing off from the microphone as if she doesn’t even need it, all whilst spinning the most beautifully simple yet sentimental lyrics. But then, she’s obviously a sentimental character. Her songs centre mostly on the themes of friendship and love. And she has a habit of giving her audience the story behind each song with acute attention to detail. It’s a like-able and disarming trait, even if it does mean going off on some seemingly random tangents.
Songs like Skinnybone and Strikefoot have a delicate intimacy about them, a luxury she admits she’s never had until relatively recently. And you can’t help but be happy for her. For as young gay woman in her mid-twenties, her innocence seems fully intact and her personal self discovery is a gift to all who care to listen.
Words by Jimmy Volts
seaofbees.com

willis from TERROREYES.TV on Vimeo. 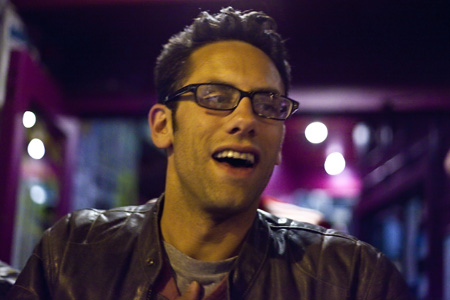 First time I’ve ever seen her, but thought she was really good. The first guy was great too!” 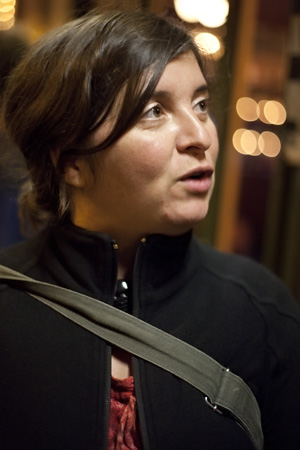 “I saw her at Glastonbury. She was brilliant then and brilliant now! Really liked Justin too, he was lovely.” 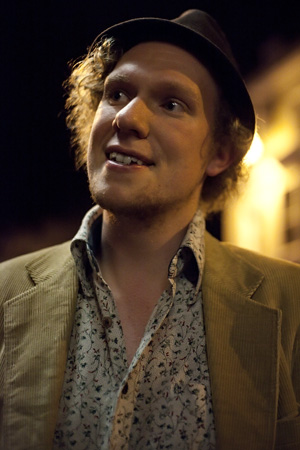 “I was blown away. Her voice is just insane! I’d never heard of her before, but her songwriting was just so touching.”