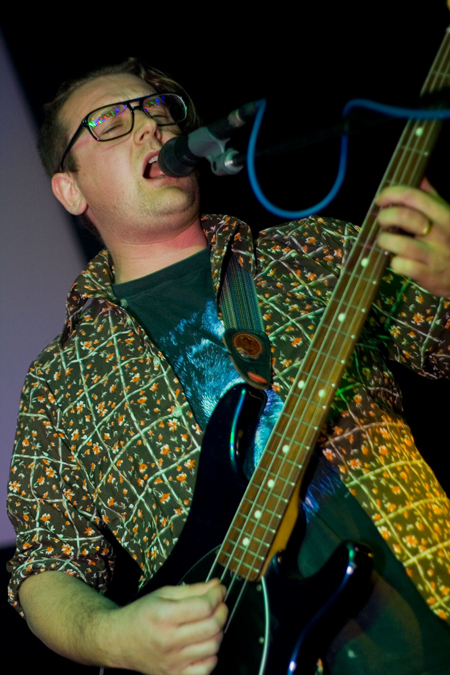 Upon hearing Young Knives were in town playing a one off gig at Brighton’s newest venue The Haunt I couldn’t help but feel surprised. After Mercury nominated “Voice of Animals and Men” I hadn’t kept up with the bands progress – but that all changes tonight. As a healthy sized crowd trickle in to the venue my expe ctations of the evening are slowly raised to a growing excitement.
Support band Kinema offer a mixture of self described, “Disco House, Indie, and R&B”, although I missed the latter. Front man Dominic Ashton provides enough on stage energy to make up for the distant crowd, storming through a set of 80’s inspired dance tunes that although seem worthy of movement, feel out of place alongside the headline act.
After an elongated break the venue is packed out just before Young Knives appear casually on stage, a moment so understated I nearly miss it entirely. They quickly start with a varied set, both old and new receiving an enthusiastic reception, despite the criticism that the new album brings an unwanted softer sound. Crowd pleaser “Turn Tail” does not disappoint, with fans singing along to the ever imaginative lyrics. The band revelling in the opportunity to showcase the talent and confidence that comes with years of experience. “I Love My Name”, from latest album “Ornaments From the silver Arcade”, receives an equally warm reception as the much loved classics, a rare moment for a band with such a huge, well known back catalogue.  Familiarity appears somewhat the theme for the evening, favourites such as “Terra Firma” establish the bands punk influences and create a much heavier atmosphere than I envisioned whilst waiting for the doors to open earlier in the evening.
The bands stage presence entertains the crowd as much as the set does, with singer Harry Dartnall and bassist Thomas Dartnall often exchanging sarcastic banter focussed around the bands success, the crowd, and Young Knives 2007 mercury award nomination. The sarcastic, bitter tone is delivered with high spirits, although fails to even slightly convince a highly impressed crowd that Young Knives are a failed musical venture, leaving them cheering as the set closes. As the audience linger an unexpected encore leaves the audience and I feeling as if there are bigger and better things yet to come from Young Knive s, who shine through the intimate venue with sounds that make the crowd feel a part of something bigger.
Words by Ione Gamble
Photography by Mike Turnham 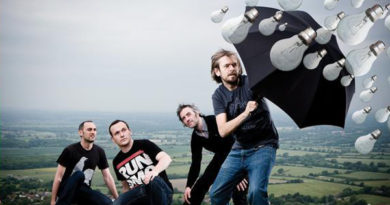