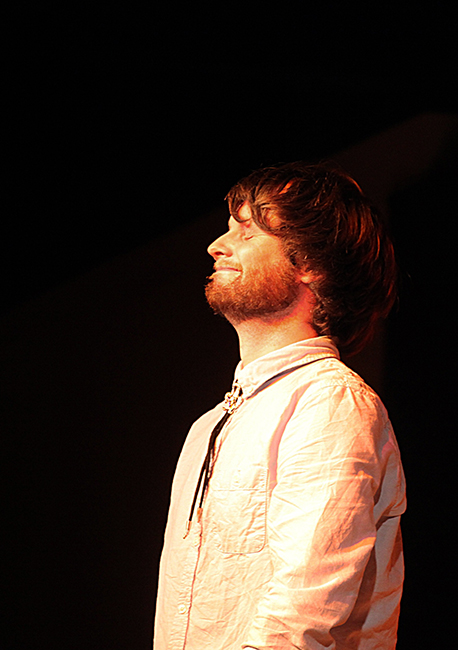 London-based comedian Liam Williams put on a smart, smooth and savvy performance at Komedia on Monday. His set, simply titled “Liam Williams”, as he ‘couldn’t think of any witty puns on his name’, spanned the genres of poetry, storytelling and fantastic stand-up, all with his signature touch of self-parody, erudite observations and priceless honesty.
He pokes fun at every aspect of his life, including unfortunate lovers, an undesirable flat and the inevitable debt of a semi-professional comedian, leading to barrels of laughs, teamed with the urge to make the poor boy a hot chocolate. He also quips about the fact that he’s both self-loathing and lazy; he ‘contemplates suicide, but only in the same way he contemplates going for a jog’. However, his true personality shines even through the self-deprecation. With clever use of soundtracks and lighting, he tells us all about his idea for a Catcher in the Rye parody, namely ‘Stopper in the Wheat’, as well as a questionably romantic Times Out segment. He also apologises to the apparently present ghost of his granddad after making a penis joke. A conspicuously empty seat at the back is the  only one in the room, as Williams has rightfully attracted an immersed audience. One of the most enjoyable aspects of the set is William’s impeccable diction and vocabulary, which highlights his intelligence and makes for a poetic comedy experience, whilst charming the audience with compliments about Brighton.
As his show concludes and applause rumbles around the room, Williams deftly bounds from the stage to the bar for a well deserved drink. With more touring, media attention and ongoing work with the brilliant sketch group Sheeps, expect to hear more from this talented young comedian in the not-too-distant future.
Keep up to date with Liam Williams at  liamwilliamscomedy.blogspot.co.uk
See Liam and other acts at theinvisibledot.com
Check out upcoming events at Komedia at  komedia.co.uk/brighton
Words by Shira Rossiter