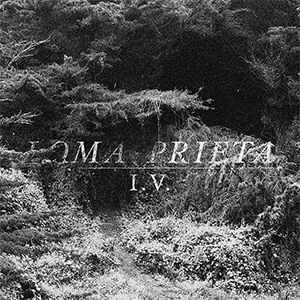 There was a great moment at the start of Loma Prieta’s set where one audience member started moshing and another two members of the audience stopped him and told him to ‘cut it out’. Such is the reverence for the headliners tonight that everyone wanted to be right at the front with no distraction. You know you are in for something very, very special.
Before that though we get treated to a diverse-ish array of screamy hardcore.
Up first is Charlotte Light And Dark who are one of those bands you look at and wonder how they ever got it together? The bassist is a total jazz nerd and the singer looks like that guy you meet at rock clubs who knows everything there is to know about Pantera. The drummer’s Daughters t-shirt gives the game away. Mathy, nervy, ferocious. The brutal Salvador Dalek was the highlight. They did seem out of sorts tonight though and there were exasperated frowns at some obvious mistakes. Probably not helped by the drummer being at the end of the stage – a formality at the Hope. A few more gigs under their belt and they could be dangerous.
MINE are a curious bunch. Ostensibly a screamo band, but with an interesting new wave influence. Bands of their ilk tend to play as one solid unit, but MINE are very much more about having a tight rhythm section with the guitarist adding colour over the top. There were points where they even had a groove going with catchy guitar melodies??!! The set was brimming with ideas and they have a talent for tense build-ups. In fact, if they had a different vocalist they’d be a completely different genre altogether. But collectively it absolutely works.
Power trio MeAndGoliath took a few songs to warm up but once they got there they very much became ‘probably the best screamo band in the UK’. Tight is an overused band description but they really were Mum, honest! Having the best drummer this reviewer has seen since The Joy Formidable’s Matthew Thomas did them no harm either. You get the impression they spend a long time getting the details right. Incredible band who should be headlining this venue next time they play.
After that follows a long break. Loma Prieta are clearly not impressed by the Hope’s eccentric set-up. They completely rebuild the stage and play in an area in which they can only just about fit. This gives the event a suitably claustrophobic feel and is reminiscent of those cramped basement shows everyone pines after.
What we get is a tour-de-force of perplexing tempo changes and aggression. Trilogy 6 “Forgetting” is basically grindcore with the heaviest riff ever… or something.
One thing they did which no other band managed this evening is they looked like a band. Matching black outfits and 40s schoolboy haircuts – how did that ever get trendy? They looked cool as fuck.
They close on newest album I.V. Opener, the surprisingly melodic Fly By Night. Completely undeterred by the sweltering heat, they played every second of their half-hour set with utter intensity and conviction.
Incredible.
Follow them at loma-prieta.com
Words by Chris Kuzmiski