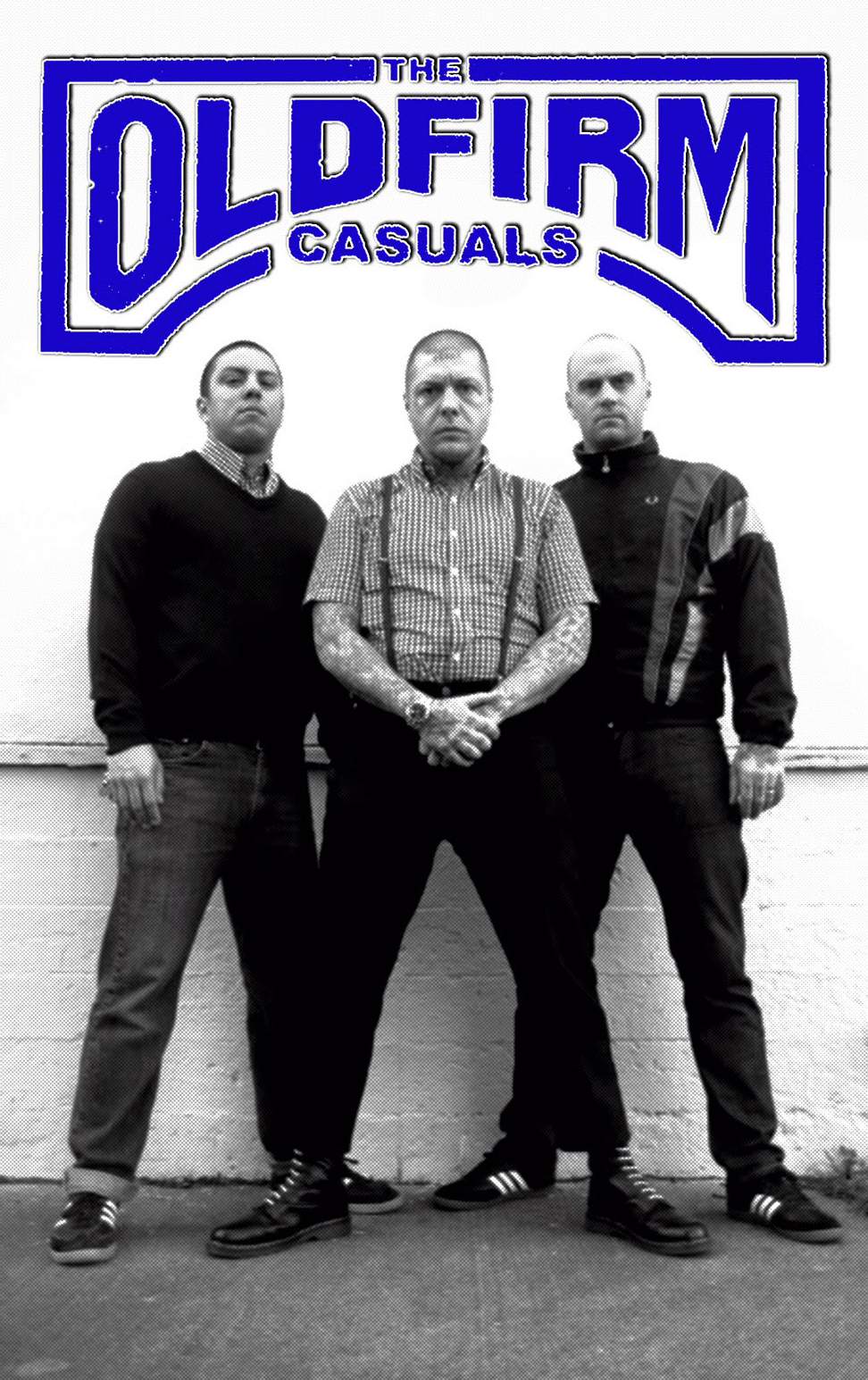 In a hung over state, when asked “Would anyone like to cover Lars Friedriksen this Sunday?” I realised I hadn’t been to a punk gig since last December, and that one ended with me ( for no reason that I could ascertain) taking rather a hefty punch in the face from a total stranger. Definitely time to give it another go.
In veteran-punk style there were no less than three support bands. Not having the column inches to review them all separately, I will say they executed their role perfectly. Particularly likeable were Australia’s Marching orders, who powered through their set with a British finesse and passion always reserved for foreigners. They ended on a particularly fiery fist-pumping anthem of national pride aptly named “Australia made”, though their definition of “Australia made” is anyone’s guess. A weak drummer was forgiven by the crowd and possibly even enjoyed as the fulfilment of an old punk stereotype, a top act.
Lars Friedriksen certainly looks the part. He enters glaring, the word “SKUNX” tattooed across his forehead. The band name, itself a reference to the football gangs of the eighties, signifies Friedriksen’s departure from the more American sound of his youth when he played second guitar for Punk-lite successes Rancid. Since briefly playing for the UK Subs, Friedriksen has embraced the UK punk scene entirely, and his MTV days are far, far behind him. He is apparently an avid Millwall supporter. Millwall, being known more for their fan violence than their ball technique, seem an appropriate choice, though I’m not sure how many games he makes it to.
While Friedriksen’s voice has travelled a long way from San Francisco, equating more with Animal from The Anti-Nowhere League or Micky Fitz from The Business than anything stateside, his guitar finds it harder to hide its providence, displaying the signature up strokes and jagged, boxy rhythms of the West coast. While I’m all for fusing (albeit very similar) music types, their sound is confused, disingenuous even. From lyrics, to outfit, to accent Friedriksen seems too concerned with playing a role.
An identifiable highlight emerges when the band plays their upcoming single “The Old Firm” and the band noticeably perk up, as do the audience, seemingly failing to spot the absurdity in a man who has embraced in interview the phrase “keep it real” singing a song about being a football hooligan in Glasgow in the eighties.
I should point out that a large part of the audience appeared to be having an amazing time, doing everything that punks do at gigs and thoroughly enjoying themselves. If this is you, then perhaps you will view me as a cynical part of the system. Jaded perhaps, or some sort of enemy in a battle you might have dreamt exists between us. The truth is that there is nothing remotely original here, and if this is what you are into there are no shortage of bands that do it better.
facebook.com/pages/Lars-Frederiksen
myspace.com/Lars Frederiksen
1/5 Dominic VonTrapp