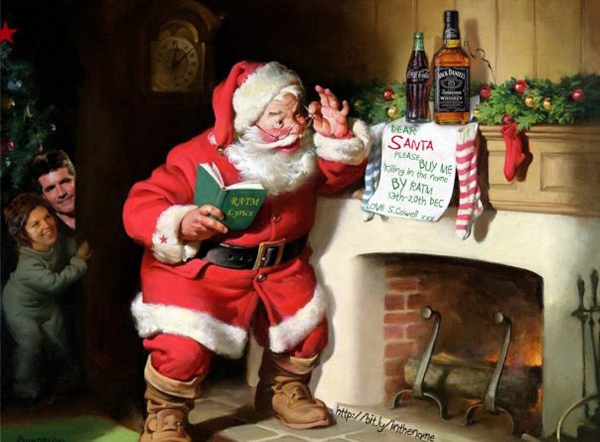 Rage Against The Machine have clinched Christmas number one from X Factor winner Joe McElderry!

McElderry, 18, took his defeat graciously, saying, “This time last year I never thought for one minute that I’d win The X Factor, never mind have a debut single out … I’m just delighted to be in the charts.”

Pop mogul Simon Cowell offered his congratulations to the couple behind the internet campaign, Jon and Tracy Morter, “I am gutted for Joe because a number one single meant a lot to him, but I have to congratulate Jon and Tracy. They turned this into a very exciting race for the Christmas number one.”

Since Thursday 3rd of December, over 970,000 music fans joined the now world famous Facebook group. The past four Christmas number ones were by X Factor winners – Alexandra Burke’s version of ‘Hallelujah’ last year was one of the biggest selling festive singles ever.

Rage Against The Machine said on their website they would play a free UK gig if their song went to number one, and the band’s guitarist Tom Morello announced he would donate his earnings as a result of the internet campaign to UK charity Youth Music.