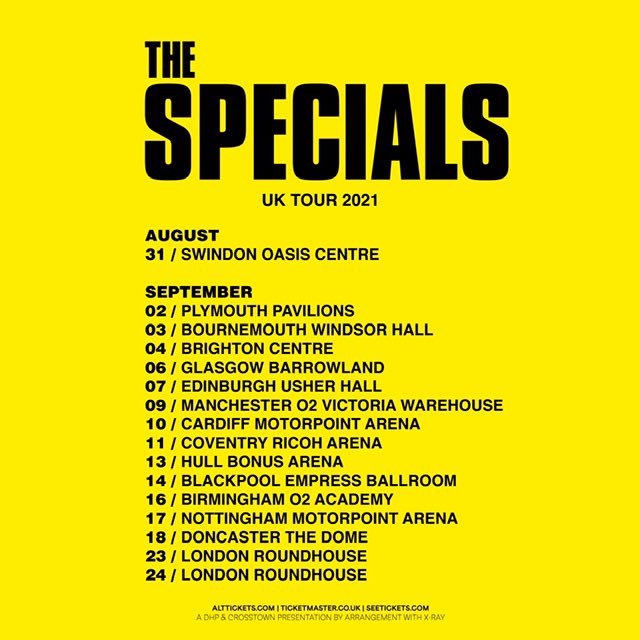 “The Specials are so much more than relevant. In times like these, they might just be essential” – The Big Issue

We all know this band, for hits like “A Message To You Rudy” (below) – but have you checked out their latest work yet? If not, you’ve got it to look forward to!

The Big Issue said of this band: “The Specials are so much more than relevant. In times like these, they might just be essential” – and you have to agree. First rearing their heads in the late 1970s as the multiracial flagship of the 2 Tone movement, they addressed racism, unemployment and injustice  – with every live appearance they made a clear political statement, and these days not much has changed!

Now back on the tour circuit in 2021, a period fraught with social, racial and political unrest, their latest work follows a triumphant return in 2019, when they dropped their first ever number 1 album, critically acclaimed release “Encore”.
Now back with a brand new collection of tracks on their new album “Protest Songs – 1924 -2012”, due out at the end of September (24th) on their new label Island Records, the release contains 12 hand-picked protest songs from across nearly 100 years, and makes a clear statement that the band are still active, and still protesting.
Check out the event page for this show in our XYZ “It’s ON!” Guide for more info about the venue and for full info about the tour.
https://www.youtube.com/watch?v=cntvEDbagAw
For more of what’s on in Brighton & Hove & surrounds, check out our Brighton What’s On Guide
Sharing's Caring: