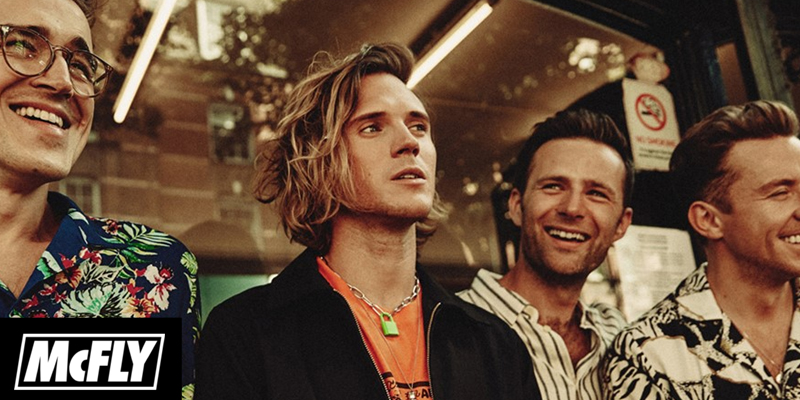 It’s no mean feat to be the youngest ever band to smash into the album charts at NUMBER ONE with your debut album! They’ve bagged seven UK number-one singles, and five top-ten albums, with six sell-out tours and ten million records sold worldwide – there’s no denying their status as one of the most significant British pop acts of our era. Fans know they’ve been doing their own thing of late, and all doing very well in their own right! However what we’ve all been waiting for, is the band back on the road together once again – and now’s the time!

Have you checked out the band’s recently launched streaming channel www.mcflytotalaccess.com? Fans can connect with the band, gaining access to exclusive video content, live stream performances, band Q&As and opportunities to get close to McFly in a way never seen before! McFly Total Access annual members also get first access to tickets, early entry and get followed by the band on Instagram! How about them apples?!

Check out the event page in our XYZ It’s ON guide here for more about the show, the band and the venue.

For more of what’s on in Brighton, use our XYZ IT’s ON event search!