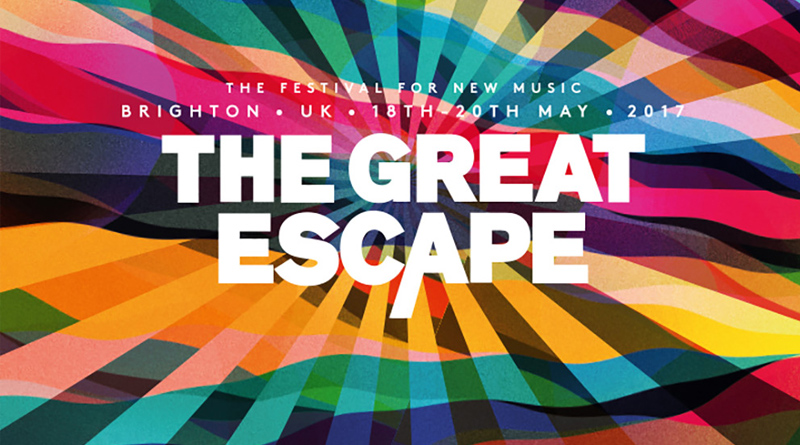 Every year for just three days Brighton turns into the centre of the world for new music lovers. Showcasing over 400 new buzz artists from around the globe, all within walking distance in 30+ venues around the city.

In previous years it has been a chance to catch artists before they catch their big break, with both Spotlight artists this year having played the festival previously on much smaller stages. It can be a gauntlet trying to prioritise who to see with so much going on, so here’s our handy pick of artists not to miss!

Prices: Three day tickets £65 or £35 per day
Check out the full line-up here

Artist: Rag ’n’ Bone Man
Venue: Brighton Dome
Day: Saturday
About: Rory Graham won British Breakthrough Act at the Brit awards this year, but it hasn’t been a fast and easy ride to acclaim. He got his major record deal back in 2014 and has been putting in the groundwork ever since. Having recently scored the fastest selling male debut album of the decade with “Human”, the 32 year old singer is a spotlight performance at this years festival.
Website: ragnbonemanmusic.com

Artist: Slaves
Venue: Brighton Pier
Day: Thursday
About: The socially aware, punk-spirited duo are curating an evening of fun across the pier. Signed to Virgin EMI Records the band will perform from the balcony of the Horror Hotel ride with the other bands performing at Horatio’s Bar. Their second album “Take Control” came out last year and was produced by the Beastie Boy Mike D. Consisting of dual vocals, guitar and upright drums the band complete the second of the two spotlight shows highlighted by the festival.
Website: Youareallslaves.com

Artist: Dead Pretties
About: Forming part of a flux of upcoming South London bands, we’d tip these the crème de la crème of the scene. Debut single “Social Experiment” is a raucous introduction to the trio with singer Jacob Slater scorning his peers with his distinctive voice.
Website: Facebook.com/deadpretties

Artist: Dakota
About: Hailing from the Netherlands, all female band Dakota specialise in dreamy indie pop with garage rock undertones. Six track EP “Leda” came out last year and has saw the band grow their fan base exponentially. This Dutch take of California sounds is a compelling listen topped off by the soothing voice of singer Lisa Brammer.

Artist: Issac Gracie
About: A singer songwriter who sounds like a potent cocktail of Jeff Buckley, Radiohead and Bob Dylan. A stark ability to pen a nerve-touching tune at just 22 years old, he is expected to drop his debut album later this year.
Website: Facebook.com/isaacgraciemusic

Artist: Gabriella Cohen
About: An Australian lo-fi pop songstress whose debut album “Full Closure and No Details” was released this year via Captured Tracks. Standout track “I Don’t Feel So Alive” nods to the groove and dynamic of The Velvet Underground with an apathetic vocal delivery akin to Lou Reed.
Website: Facebook.com/gabriellacohenmusic

Artist: MarthaGunn
About: Named after a local Brighton heroine, this band offer a contrast to many of the alternative rock bands that grace the city. Folky by nature they describe their sound as “the ’70s songwriting craft of Fleetwood Mac or Eagles while keeping modern influences such as Tame Impala or Mystery Jets.
Website: Facebook.com/MarthaGunnBand

Artist: PIXX
About: Brit school alumni now signed to 4AD recently dropped critically acclaimed single “I Bow Down”. A sound that can only be described as Folktronica she draws influences from Bob Dylan, Joni Mitchell and Aphex Twin.
Website: Facebook.com/PixxMusic

Artist: HMLTD
About: When style and aesthetics becomes as prominent as the music it can normally split audiences down the middle. HMLTD are one of these bands and hotly tipped to be the next art-pop sensation. Expect a wild performance filled with theatrics and striking visuals.