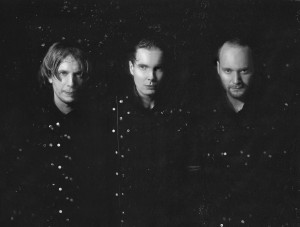 A band that require no introduction, Sigur Rós hit Brighton for one night only on their 2013 World Tour, showcasing their latest album “Kveikur” and staggeringly sublime sound to enthralled audiences the world over.
Sigur Ros’s sound is a distillation of the otherworldly beauty and drama of the shimmering Icelandic landscape. Classical and electronic elements weave their way to the spiritual core with heart shattering emotional eloquence, punctuated by lead vocalist Jonsi Birgisson’s faultless falsetto.
This latest release reveals new, heavier angles to the band’s work, contrasting trademark ethereal folk-melodic sounds with sharper edged, machine-like concepts to create a darker, heavier post-rock feel. Title track “Kveikur” combines crunching electro instrumentation with classical elements (Jonsi has a wonderful habit of playing an electric guitar with a cello bow) into an unrivalled example of aural eminence. “Bláþráður” lays weighty war-drumming and electronic bass beside shimmering instrumentation and angelic vocal in a moving juxtaposition.
Born in August 1994, (the same day as their namesake, Jonsi’s little sister), the band supported acts like Radiohead and amassed several television and film credits before their rise to mainstream attention in the UK with second single “Hoppaípolla” from fourth album “Takk” (2005).
Now, following a three year hiatus between 2009-12, the three-piece (since the departure of keyboardist and multi-instrumentalist Kjartan Sveinsson this year), bring their brand of heart-stopping, transcendent post rock to the Brighton Centre. Just make sure you buy your tickets early.
Starting at 730pm, £32.20 including fees advance. Under 14s must be accompanied by an adult. No under 14s in standing section.
New album”‘Kveikur” out now.
For more information and tickets visit the event page at brightoncentre.co.uk
Find Sigur Ros at sigur-ros.co.uk
Words by Sarah Rayner.