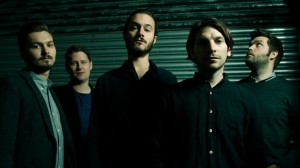 A mere few years back, British indie rock band Editors were tearing their way through the UK album charts, landing a number one spot with both ‘An End Has a Start’ and ‘In This Light and on This Evening’. Conquering the UK with a coalition of rough cut and haunting riffs, the band left quite a bruising on the indie music scene which led to a mighty following. After disappearing off the radar for a good four years, their return to the music scene this summer has been long anticipated. Hitting the stage at Glastonbury this year, the band made a bold move in leaving behind lead guitarist Chris Urbanowicz. However, with two new band members and a heavier approach to their usual rock and roll demeanour, the band will no doubt be set to soar through the charts once again following the release of ‘The Weight of Your Love’ this June. Arriving in Brighton this November, Editors are set to play Brighton Dome alongside special guests Brighton based indie rock group British Sea Power.  Whether you’re diehard Editors fans or if you’ve somehow been sleeping under a rock for the past few years and have yet to hear them, come to the Dome and check this band out as with the unparalleled vocals of lead singer Tom Smith the band remain unequaled.
Starting at 7pm. £22.60. Under 14’s must be accompanied by an adult.
For more information and tickets visit seetickets.com
Follow them on Facebook at facebook.com/editorsmusic
Words by Amy Louise Banks