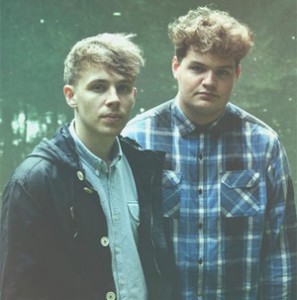 Saying goodbye to summer in style, Dance duo Bondax will be bringing their exotic grooves to Concorde 2 this September. The hotly tipped teens have been ripping up dance floors and tearing up tents across the UK and beyond in the last 18 months with their melodic electronica. As festival favourites, they have been honing their craft at Blissfields, Glastonbury and Bestival and don’t plan on taking a break just yet.
Despite their youth, George Townsend and Adam Kaye, both 18 , have already set up their own record label “Just Us”, released EP “You’re So” and singles, including undeniable dance floor anthem “Baby I Got That”. They’ve supported Basement Jaxx, become household names at UK raves including Bugged Out!, toured America, Canada and Europe and have received across-the-board radio airtime. Bondax’s well-produced, mature approach to multi-genre influenced electronica is enough to rival any of their contemporaries. Think a down tempo Disclosure layered with some Duke Dumont and 90’s smooth RnB.
Their soulful mix of tropical percussion, smooth vocals and rhythmic sampling translates into an incredible live performance full of energy. So with new single “Giving It All” due for release 22nd September, this show is sure to be a celebration of what the boys have accomplished so far as well as their auspicious future.
Starting at 11pm-4am, tickets £10 in adv+bf, Aged 18+
Follow Bondax at soundcloud.com/bondax and facebook.com/Bondax
www.concorde2.co.uk
Words by Amber Ainsworth