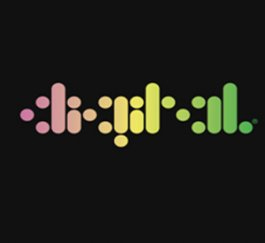 Digital dominates this year’s NYE market with a two-for-one party first covering the Stonelove populace, followed by Julio Bashmore on the decks until sunrise.
The biggest club in brighton seems assured in hosting the biggest NYE party this year. The key countdown slot promises five hours of Matt Stonelove’s ever-popular industry-standard indie selections, a safe choice for the party-lusting masses. If your ideal New Years involves bumping into every Tom, Dick and Harry you barely remember from sixth form to the tune of ‘Mr. Brightside’ then Digital’s got your night sorted. On brighter terms it guarantees a solid slice of the 20-something populace that lives up to their glossy promo, and your friends will be there, alongside their friends. Stonelove’s musical palate will also inevitably stray refreshingly enough from the weathered Strokes/’Sex On Fire’ standbys in a party preceding one of the biggest names in house around.
Julio Bashmore has become almost synonymous with house’s meteoric rise over the past year or two. Last year, ‘Battle For Middle You’ almost singlehandedly grounded a flourishing ‘UK Bass’ contingent in terms of straighter house music, and since Bashmore and his contemporaries have seen appetites for four to the floor beats extend beyond close-knit scenes. Acts like Disclosure have seen chart success, particularly through their remixing of Jessie Ware, who Bashmore himself produced to universal acclaim. His unmatched pop and house sensibilities make for mixes with roots firm in dance music tradition but with accessible melodic overtones. His set bringing in 2013 proper will not fail to accommodate die-hard house-heads alongside the Stonelove carry-over crowd.
Also playing are local regulars Blah Blah Blah DJs and their prodigal associate Alfie to secure what will be a dependably huge NYE blowout.
Stonelove £10 adv + BF / MOTD, 22:00-03:00
Afterparty with Julio Bashmore £14 adv + BF / MOTD, 03:30-sunrise
Combination tickets £20 adv + BF
For more information visit yourfutureisdigital.com/brighton