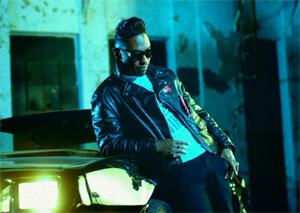 New wave R’n’B’s unsung superstar Miguel brings his lustful, lustrous compositions to Concorde for a very exclusive masterclass in sleek showstopping.
On the scene since 2000, Miguel Pimentel has spent those twelve years creeping towards stardom on a gradient as smooth as his sensuous vocal delivery. Contributing to tracks by Usher and Asher Roth, Miguel saw his big break slip away from him when his debut LP All I Want Is You was delayed for two years and under-publicised by collapsing label Jive. Nevertheless the album became a sleeper hit, selling more than 400,000 units in the US. Rather than repeating its winning formula however, Miguel steered his 2012 career towards other peers: those fronting the leftfield new wave of R’n’B. Last year’s Kaleidoscope Dream so won critical acclaim across the board for its new take on a colossally monolithic genre, doing so with less debauched angst than The Weeknd but more machismo and sexed-up jams than Frank Ocean.
As part of a run of only five UK shows, Miguel sets to grace Concorde2 (for their first show of the year) with this marriage of a seasoned R’n’B delivery and artful hold on restrained dynamics. ‘Adorn’, a prime example of this and the lead single from 2012’s album, will doubtless seduce all present with its sensuous groove. But, if his US shows are anything to go by, Miguel has more unrestrained soulful fervour in him (see ‘Pussy Is Mine’). Concorde2’s feeble guardrail may prove insufficient to stem the flow of gushing revellers.
£18.50adv + BF, 19:00-22:00
For more information visit www.concorde2.co.uk