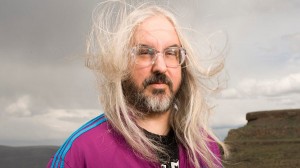 The Dinosaur Junior frontman has long been a pillar of the rock and roll community and he’s performed and recorded with countless big league artists throughout his colourful career. But it’s only comparatively recently that J Mascis took on the challenge of a solo record. This new year tour is in support of his latest album ‘Tied To A Star’, the follow-up to his Sub Pop debut ‘Several Shades Of Why’. This date is one of the first in the UK before he jets off to Australia, so if you want to see a musical legend in the flesh, now’s the time to bag those tickets.
7pm, £15 adv, 14+
thehauntbrighton.co.uk