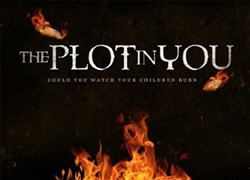 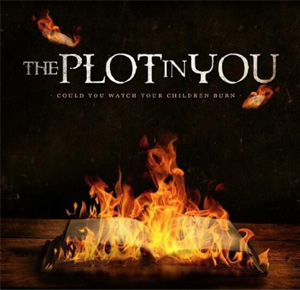 ‘Could You Watch Your Children Burn’, the second album from ‘The Plot In You’, brings a slice of deathcore t0 a nu metal pie. Harking back to Slipknot at a simpler time, showcased in album opener ‘Premeditated’ which features forceful backing base pounds but the rhythmic guitar and vocals which shot the masked men to fame. To the less die-hard fans, you could even almost hear Corey in the opening bars.
Metal isn’t a genre for everyone, but The Plan In You may help guide some people into the heavier side of the music force. The contrast between Landen Tewers clear-cut vocals and the more stereotypical primal throat screams on offer may not be as distinct as some others, say The Bunny The Bear – whose singers match up the hoarse and the heavenly in a harmony (yes, really, go give them a listen) that complements both of their voices – but provides a counterpoint which enforces the quality of Tewers voice.
The gentler tracks ‘Sober and Soulless’, and ‘Glad You’re Gone’ exemplify this, and may be the more accessible tracks for non-metalheads. Regardless of your musical tastes, dip a toe into the murky waters of the ‘core scenes and have a listen to the track below.
For more on The Plot in You, visit their Facebook page on Facebook.com/ThePlotInYou

Tags: Could You Watch Your Children Burn, The Plot In You