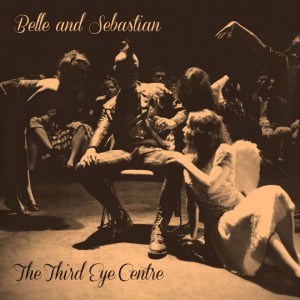 Glasgow’s premier art-pop kids Belle & Sebastian quietly slip us their second compilation album. A collection of rarities, B-sides, and remixes collated since “Push Barman To Open Old Wounds” in 2005. Who doesn’t like these kinds of albums? You must have a cold, cold heart not to enjoy a bit of the ‘bastian’s B-sides.

Opener “I’m a Cuckoo”, which has been remixed by The Avalanches, is almost better than the original. In fact, all the remixes on here are quality, especially “Your Cover’s Blown (Miaoux Miaoux Remix)” which sounds like Of Montreal at their best. The Richard X remix of “I Didn’t See It Coming” puts an ‘80s beat over a soft piano ballad and takes it in a completely new direction, and that’s what this album is all about – experimentation. Another reason for giving compilation albums like this a chance is you find some hidden gems that soon become cult classics. “Your Secrets” is one such track, which has all the elements of a classic Belle & Sebastian song, and makes you wonder how it didn’t make an album? If you’re a B&S fan, this will be your new favourite song.
There are several tracks these prolific Glaswegian’s have recorded that did not even make this album. One is an amazing cover of ‘Whiskey in the Jar’, released on see-through blue vinyl (Nerd reviewer alert!). This does make it seem a little pointless releasing these kinds of albums if they still don’t offer the entire back catalogue. Yeah, they’re not collectable Pogs, but you know the feeling!
It’s also a bit of a shame the last Belle & Sebastian release was another compilation album for “Late Night Tales”, albeit using other peoples songs to show their influences. However, the gang will be back in the studio at the end of this year’s touring schedule. Huzzah!
Great for Belle & Seb über fans to tide you over till their next full release, but still not a completist’s wet dream.
7.5/10, Out Now. JDF
For more info visit belleandsebastian.com