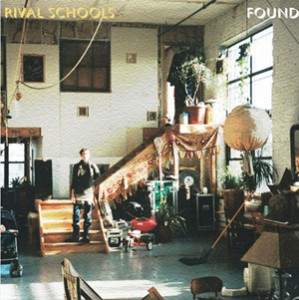 “Found” is an ever so slightly strange album to listen to when it is put into context. Recorded in 2003 after the departure of original guitarist Ian Love, the 11 Songs were intended to simply serve as demos to be built upon for a follow up to 2001’s critically acclaimed debut “United By Fate”; unfortunately for the band it was shelved by Island Records for failing to produce any feasible singles and shortly after they decided to part ways.
After returning to the spotlight with 2011’s (generally negatively received) “Pedals” and learning that the discarded sequel to “United By Fate” had already been leaked, they decided an official release would be a treat for those who hold the band’s first record so close to their hearts, and consider this its true follow up.
Arriving so late after its creation means that this record is more akin to a sonic time capsule filled to the brim with a load of superb ideas as well as the many rough edges they suffer from due to poor production. Even if this makes it difficult to fully appreciate as a finished product, “Found” is an impressively solid piece of work that delivers belting punches to the gut with the ferocity of a heavy weight boxer. These guys know how to take the noise and urgency of their legendary New York Hardcore roots and use them to mould melodic anthems, laced with imaginative innovations in sound; the swooping wah-wah heavy riff in opener “Dreamlife Avengers” is strikingly ugly, downright strange and utterly brilliant. Their sound works so blissfully well with Walter Schreif’s distinctive vocals, soaring with Cobain like rasps of anguish and introspective emotion as he croons “My mind’s been open way too long / Who knows what may slip inside” on “Reaching Out”.
“Found” takes the harmonious prowess and grungy sensibilities of Rival Schools and exhibits them in the raw and honest form that many felt was missing from their official second album. Although it never hits the mark quite like its illegitimate predecessor the L.P is enjoyable because it unintentionally sounds like a band who have let their guard down, having assumed that no one was going to be listening. It is an unrealised continuation of their legacy that ironically serves as a potent insight into what could have been if it ever got the green light. Like all albums it is an audible snapshot in time but what makes “Found” charming is that this is a photograph that no one was ever supposed to find.
7.5/10, Out Now, Benjamin Ward
rivalschools.net
facebook.com/RivalSchools