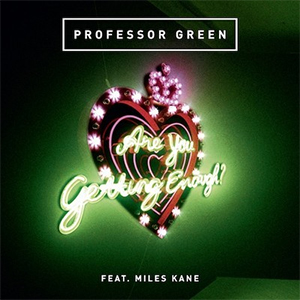 Professor Green wants us all to consider something: Maybe our society’s fixation with consumable goods is a bit bullshit. Maybe constantly striving to buy things isn’t a particularly healthy way for humans to live. He even ropes in 16th century French philosopher Rene Descartes for the line: “I shop therefore I am. I am therefore I shop. Until I drop, I will not stop”.
When it comes to tackling deep social and political issues, uber-commercial hip-hop can at times be a tad embarrassing and wholly unconvincing. In this case that seems especially true as the sentiment remains basic and unexplored since Mr. Green doesn’t quite have the lyrical prowess to do it justice in the same way that some of his more gifted contemporaries may have managed. However, it is still nice to hear him at least address the pitfalls of aspirational culture whilst belonging to a genre that often shamelessly brags about being rich so as to cement the simple connection between genuine fulfilment and an ability to make money.
Miles Kane joins in the politically charged fun by belting out a distortion heavy riff. When placed against the backdrop of a generic breakbeat it becomes grating fairly quickly, especially as it is combined with the seemingly never-ending single line chorus of “are you getting enough”. Even so it does admittedly make for a pretty heavy pop anthem that just about manages to handle the balance between rap and rock without tumbling down any nu-metal cliffs.
The song begins to trail off into predictable crescendo as a gospel choir attempt to add some atmosphere whilst Green ironically urges us to “Keep on, keep on, keep on chasing money”. The problem is that this guy actually listened to his own advice and is fucking loaded as a result which leaves the audience to not really believe him in the first place.
3/10, out now, Benjamin Ward
For more information on upcoming shows please visit professorgreen.co.uk or follow at facebook.com/professorgreen