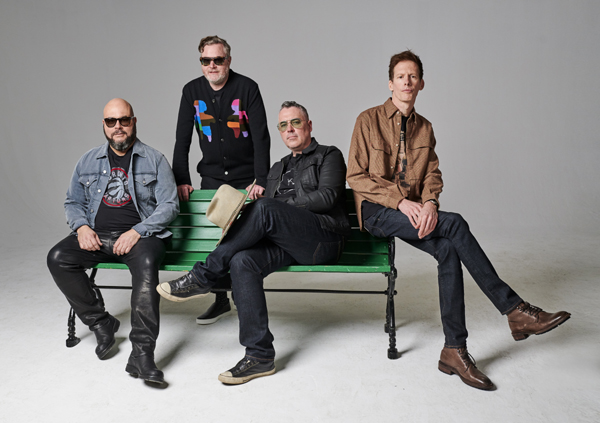 Known as one of the best live acts in the WORLD, as well as making awesome music and putting on killer shows, this band have done it all! They’ve hosted a cruise, had an ice cream flavour, pocketed eight JUNO Awards, and been inducted into the Canadian Music Hall of Fame!

Whether you’re an old fan or new, we all know their best hits – from The Big Bang Theory theme, to ‘If I Had $1,000,000’, ‘One Week’ and ‘Pinch Me’. Well, now you can add some more faves to that list, with the release of their new studio album “Detour de Force”, containing 14 brand spankin’ new tracks – out now!

Certainly BNL’s most diverse and inclusive album to date, fusing the writing of Robertson, Hearn, and Creeggan into a cohesive work, Robertson explains a bit more about their new material:

“Our band is very diverse in what we do, and on this record I really enjoyed the exploration. This record is a journey. Taking off one song would tip it in a way we didn’t feel was representative of the record we made. We wanted everything that’s here to be part of the record.”

Tyler Stewart elaborates: “This is some of our strongest material in 30 years, easily. I think it stands up there with our best albums. It hangs with ‘Gordon,’ or it hangs with ‘Maroon.’”

We can’t wait to see it live, and fortunately we don’t have to! Supporting their new material, the multi-platinum band are finally coming back to the UK this March for their long awaited UK tour, so don’t miss this opportunity to find out at this must-see show just down the road in Worthing, exactly why the beloved quartet have sold 15 million records worldwide!

Get your tickets now, see below, whilst they’re available!

You can now stream or purchase the album here