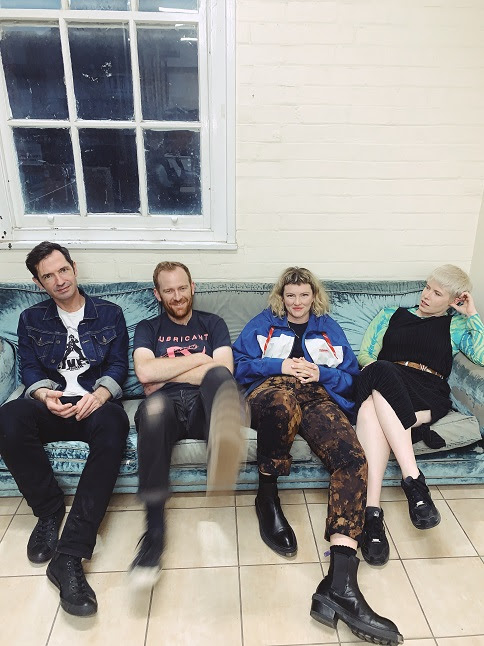 We’re loving the swampy groove of Aussie outfit Loose Fit – if you’ve not yet heard of this Sydney quartet there’s a good reason for it – they’re fairly new on the block. They’re Anna Langdon (vocals), Kaylene Milner (drums, sax, vocals), Max Edgar (guitar) and Richard Martin (bass) – and they were united as a result of Milner and Langdon’s passion for experimental music.

So new are they, that it was only last year they appeared in their first ever live show, before clocking up stage time and growing their fan base down-under.

Fast forward a mere matter of months and after dropping debut single “Pull The Lever”, they’ve been gaining plenty of attention thanks to Anna Langdon’s striking vocals and the kind of groove and swagger that makes fans and industry alike sit up and listen.

“The dancers in the clip are Cait, an old friend of mine, and her partner Jaymie. When I asked Cait if they’d be up for doing the clip, she was really in to it and said the song would suit a tango routine, so that’s what they did. The first half of the clip is just a freestyle thing they improvised to the song, the second half is a tango routine that they perform when they compete in ballroom comps….”

Keep an eye out for their self-titled debut EP, due out April 3 on FatCat and have a little listen and a groove about to “Black Water” below…

Like it as much as we did? Find out more about the band here

See Palace at Chalk in Brighton!

2nd March 2020
Subscribe
Connect with
Connect with
0 Comments
Inline Feedbacks
View all comments
SEE XYZ IT'S ON! Click for more