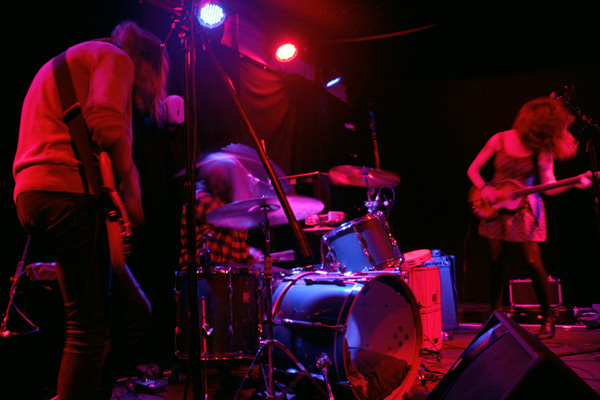 Vivian Girls arrive in Brighton for the first leg of their UK tour with a fair amount of hype behind them. Their debut album was released to favourable reviews in the Indie music press in 2008, and their live shows, including a set at last year’s Great Escape festival, have helped push them onto many critics ‘Pick Of 2010’ lists. Indeed, the Freebutt is packed to capacity tonight to catch a glimpse of the beguiling Brooklyn three-piece, who arrive on-stage with little fanfare and proceed to casually sound-check their way into their set.

Their style is a seemingly contradictory mix of 60’s style girl-group staccato pop and fuggy 80’s shoegaze, which makes for a fairly disorientating experience. Vocals are rendered insensible by cloying coatings of heady reverb, drums pound ominously throughout, and the two guitarists somehow conspire to create an intense wall of sound that is simultaneously a shimmering haze and an oppressive droning maelstrom. Heads bob along on-stage beneath blonde, red and dark brown fringes in a carefree pastiche of American wholesomeness, but there is an underlying sense of sly deviance that underpins the performance, and it is this combination that makes the band so interesting.

‘Wild Eyes’, for example, marries sweet, yearning vocal harmonies to a discordant, opiated wall of guitar squall, while ‘Can’t Get Over You’ follows a similar formula, sounding akin to a wasted Ronnettes covering Joy Division. Both are over almost before they’ve begun and as such the band are able to rattle through a fair number of tracks in a similar vein, but this does lead to a pretty worrying sense of déjà vu as the night draws on.

The fact that there is relatively little to choose between each song can be fairly helpful, in that if one particular take on lo-fi shoegaze-meets-Spector-in-a-submarine pop doesn’t quite float your boat, there will be a marginally different one to try in less than a minute. However it does quite quickly leave the impression that maybe four or five of their songs could be successfully amalgamated into a brilliant distillation of their art without too much being left over.

Some newer songs do hint at a touch more depth (some of them even break the three minute mark), and they are at their best on the rare moments when they fully let themselves go and start manically ramping up feedback during mid-song instrumental breaks. The live context allows them the freedom to expand and explore some of their songs in a way they have seemed reluctant to do on record thus far. On tonight’s evidence, this would certainly be a step in the right direction and may ensure that Vivian Girls are still making waves on these shores once the hype has abated. 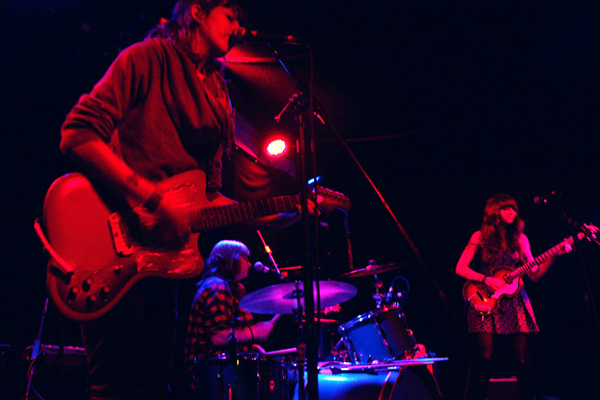 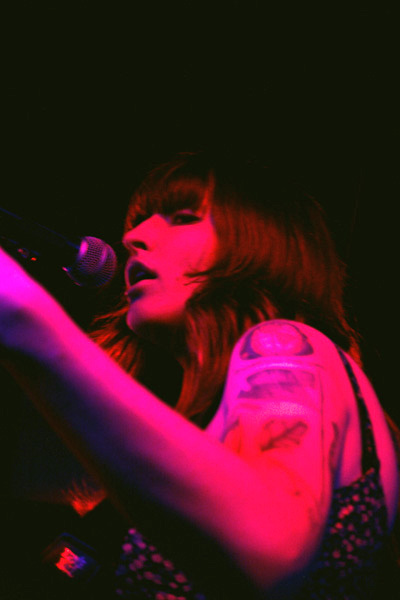