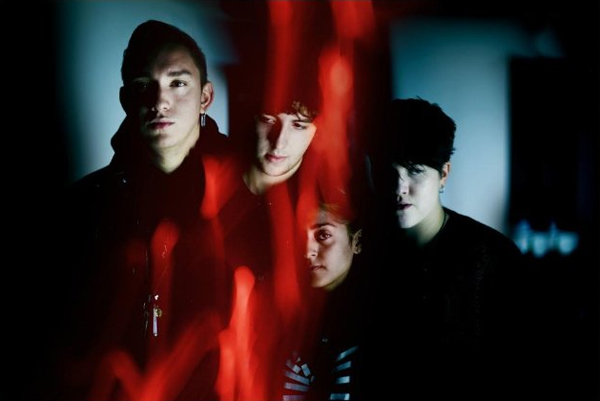 For The XX, a London band consisting of four very talented 20 year olds, 2009 has really been their year. This time last year The XX were in Audio supporting Metronomy, just one year later and their sell out show at the Freebutt is forced to move due to high demand, and this bigger venue is clearly at capacity, sold out months prior to the gig.

There’s a palpable excitement in the air that only comes from seeing such a band, at such a venue, and knowing you’re pretty darn lucky to be there. In August, NME included The XX as one of their ‘Future 50’s’, this was followed by the release of their debut album, and now they are on their first worldwide headline tour; a busy year indeed.
Home–grown Brighton band Esben and the Witch support, and set the stage in their magical and enchanting way for tonight’s headline act. The XX burst onto Audio’s tiny stage with the dramatic opening track ‘Intro’ from newly released first album ‘XX’.

It’s clear from this largely instrumental song the power and depth of their music. How can a song without words have such intensity and delicacy? The band follow this with ‘Crystalised’, this track perfectly exemplifies singers Romy and Oliver’s smoky voices. They duet in harmony, then split the vocals to sing over the top of each other, both gazing intensely out into the audience. If forced to pick one word to describe this band it would be intense, they are clearly serious about their music. Only between songs, when the audience explode in applause and cheers, do they allow themselves a wide smile and mutter their thanks. Although intense, The XX’s sound is frighteningly simple, it all rests on the vocals and the lyrics, and they more than hold their own.

Other album tracks ‘VCR’ and ‘Heart Skipped A Beat’ follow, along with new single the more poppy and upbeat ‘Islands’. What comes through live is what could almost be missed, that what The XX play are love songs: touchingly youthful but still mature and thought-provoking. The word ‘you’ is a consistent echo throughout their lyrics, their songs speak about desire and longing. They play the album almost in its entirety, and fit in a cover of the 80’s hit ‘Tear drops’ – urging an audience sing-a-long. They finish with final album track ‘Stars’.

The XX are perfect city-music, suited to small spaces, dark walks and separations: sexy, sultry and never lost for words.