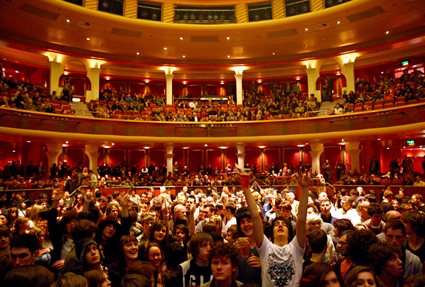 It’s a warm midwinter’s night and the North Laines are buzzing with a steady flow of well-dressed teenagers. This can mean only one thing; the NME Awards Tour is in town. XYZ reporter James Watts strutted down to the Brighton Dome to check out 2009’s most hotly tipped acts.

XYZ cover star Florence And The Machine sets the tone with an original blend of 80’s tinged nu-folk. Florence Welch parades her tiny frame around the stage with Lovefoxx swagger and Kate Bush poise. The charismatic songstress whispers and bellows her way through a hook-laden set, dancing wildly in the heat of the moment. Her commanding stage presence and candid innocence is enough to secure a heartfelt rapport with the audience. 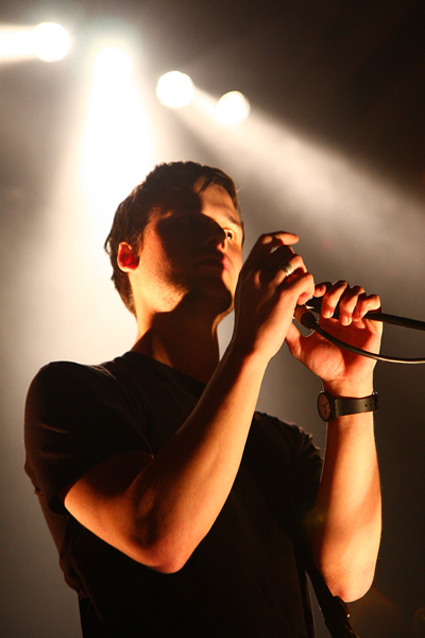 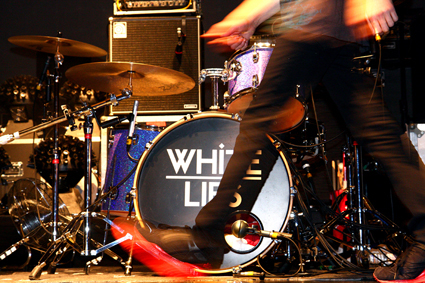 Electro-indie Londoners White Lies have been riding a crest critical acclaim since the recent release of their debut album ‘To Lose My Life’. Opening track ‘Farewell To The Fairground’ is a great slice of new-romantic grandeur and worthy of the hype. However, the remainder of their performance had me wondering whether this band is quite so deserving. Vocalist Harry McVeigh has some great lyrics but his voice breaks more often than a pubescent schoolboy and there is some blatant Joy Division hook burglary going on. 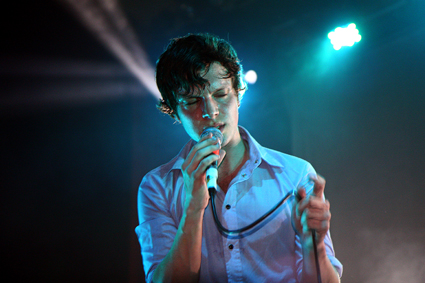 Next up are euphoric pioneers Friendly Fires. These lads released their debut album back in September 2008 and if there’s any justice, they’ll soon be breaking into the mainstream. A sublime backdrop of dry ice and mirror balls complement their blissed-out vibes and trance-like ambience. This is disco at its finest, pure escapism incarnate and by far the best act of the night.

This time last year Glasvegas were barely a blip on the proverbial radar. Today however, they are widely regarded as ‘the band of the moment’. Having won XFM’s ‘Best British Debut’ award and receiving nothing but praise from nearly every music magazine, I can’t help but wonder if the world has officially gone insane. This band is shining proof that people will buy into any idea, however absurd, just because they’re told to.