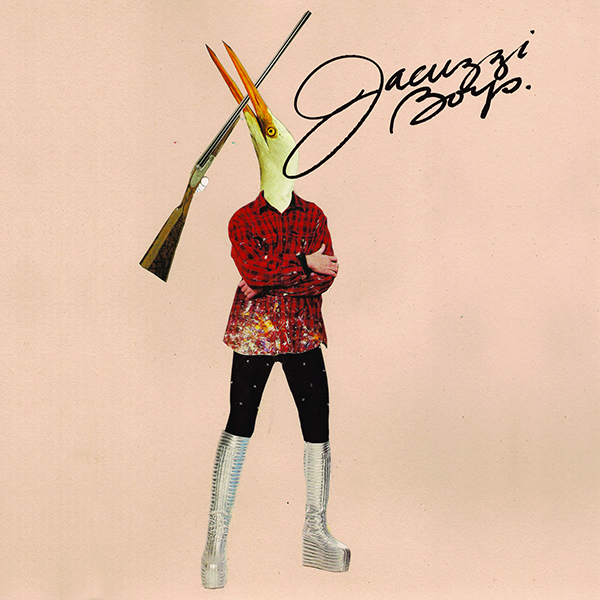 Miami fuzz-rock trio, Jacuzzi boys are no strangers to owning small venues and tonight the Green Door Store couldn’t have been more suited to them. Following the release of their self-titled, more mature third album, don’t be fooled into thinking the garage rock mavens have gone sensible.

Support came from London based The Magic Gang, showcasing a set of punchy garage rock riffs and glazing vocals, our very own U.K. equivalent to tonight’s headliner. The venue quickly filled in anticipation before Jacuzzi Boys flew straight into a frantic set of punk aura and vigour. A lot more raw than on record, the set consisted of immediate hits such as “Glazin” and “Island Avenue”, with experimental twists and cohesive quality. Songs from the new album provided a spacier sound, with layered guitar textures and droning bass lines, making for a more exchangeable live performance than previous. The stage lights with their pink, green and blue pastel haze reflected the ‘skate park on acid’ flavour Jacuzzi Boys deliver.

With vocals less clear then on record adding to the rough provision, it was difficult for fans to sing along but the powerful drumming and intricate guitar hooks presented the band as one that can really play their instruments, something that is perhaps less apparent on record.

With little audience interaction coming from the band, the crowd took it upon themselves to pick up the energy and rare scenes of mini mosh-pits and wild head banging took over the unnerved head bop often witnessed at tonight’s venue. In a high-energy and captivating encore, the lights flickered frenetically and a mass-build up of psyche instrumentation and intensity completed tonight’s typically garage rock performance.