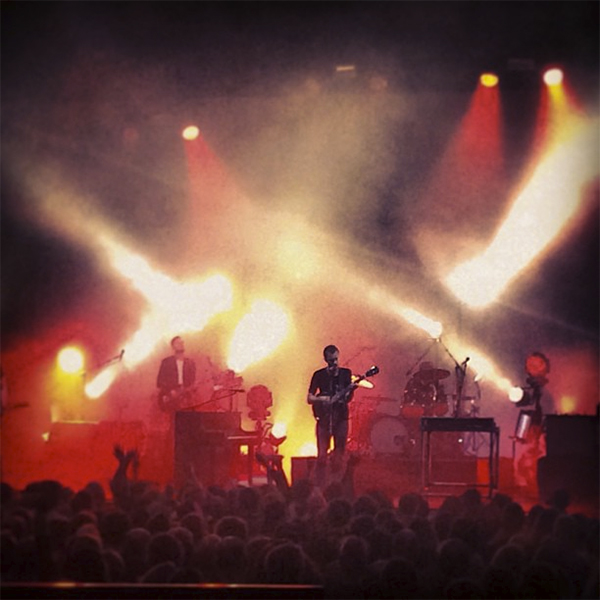 Silhouetted against a thick cloud of red light, Tom Smith took a victorious step up on to the ledge of his piano; a surge of electricity flowing through the crowd as he bellowed out a mighty version of “The Racing Rats” at the Brighton Dome. Revisiting the pint-throwing, feel good festival sense of the summer, Editors received a particularly warm welcome from the Brighton fans. With audience members drunkenly clambering onto shoulders, frantically waving their hands in the air and lovingly throwing shirts across the stage, it was pretty clear the band still have a devoted following despite their recent hiatus from the music scene. The band performed several tracks from their most recent album “The Weight Of Your Love” which was released earlier this year. They’ve returned with new band members Justin Lockey and Elliott Williams, following the departure of guitarist Chris Urbanowicz and despite obvious changes within the group, the band have stayed true to their sobering and stark alt rock sound. As the night drew to a close, Smith looked out from across the stage once or twice with an impish grin and coerced the crowd into a blissful trance on playing the acclaimed “Munich”. A roar grew through the crowd, fans obediently joining in lyrics in unison. Editors are set to release a further new single “Honesty”, available as of November 25, the third from their recent album release.
Words and photo by Amy Louise Banks
Follow the band on editorsofficial.com