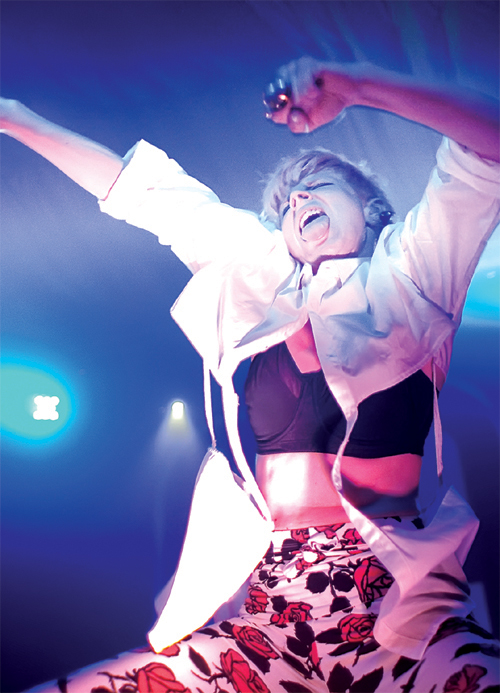 Live Review: Robyn
A fembot with feelings, if you prick her, she won’t bleed but she has been programmed to cry. She occupies a pop world of her own in which she can release two albums a decade at one point in her career and then burst back into our lives after a 5 year hiatus with three near-perfect albums within 10 months.
Body Talk trilogy (or the two thirds of it that have been released thus far) has cemented Robyn’s position as a legend. Heartfelt pop anthems sit side by side with ‘inyerface’ pop-bitch sass and the standard never waivers.
Giddy fans swarm in a packed Concorde 2, and as the lights snap off and the Konichiwa Records jingle soars through the room, a screaming mass erupts with abandon; it’s a roar of fandom. Kick starting her career the way all good pop stars did in the 90s )by appearing on kids TV) Robyn is a proper old-school, grass roots pop star and delivers the song writing so match. Everyone knew the words and the gig was one big sing-a-long for all of us – Robyn included. It didn’t take a genius to see she was miming, even singing her own backing vocals. But this is pop and we came to dance to a set list packed with back-to-back hits.
Words by Joe Nockles
Shot by Keith Trigwell