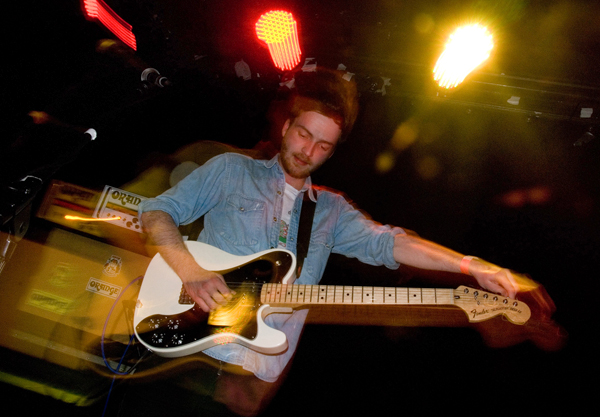 With a stage time of 9.45pm, tonight’s appearance by Glaswegian electronica upstarts Errors more resembles your typical seafront club night than residential backstreet live show. Yet what we actually get (15 minutes earlier than scheduled, too) are four nondescript looking young chaps walking casually onto the stage and without saying a word, beginning to unleash a whirlwind of experimental bliss.
Coinciding with the release of their rather excellent new album Come Down With Me, tonight’s performance is eagerly appreciated by a healthily-sized throng. Opening the set with ‘Dance Music’ (a statement of intent if ever there was one), it isn’t long before individual audience members are disposing with the pleasantries and dancing with reckless abandon. These “four guys without any spark of talent” (their words not ours) are clearly doing something right!
What really strikes tonight’s attendees is how the band manages to be completely immersed in their individual instruments yet still work together superbly as a unit. Drummer James Hamilton never once looks up from his set, chunky headphones relaying his band mates’ sounds straight to him. Guitarist Simon Ward spends the set adjusting and tinkering with his amp in between striking out synth-driven guitar sounds, whilst keyboardist/front man Steve Livingston nods his head to the erratic yet beautiful sounds emanating from his own electronic world.
New track ‘A Rumour In Africa’ further hints at the love of all things post-rock showcased on earlier recordings, an almost psychedelic guitar arrangement slotting nicely over the progressive rhythm structures. It isn’t long before the mayhem is over and the band must pack up their array of sound-producing equipment, moving onto the next destination on their never-ending journey of discovery. One thing that is for certain: the numbers of bodies in tow will be increasing dramatically from here on in. 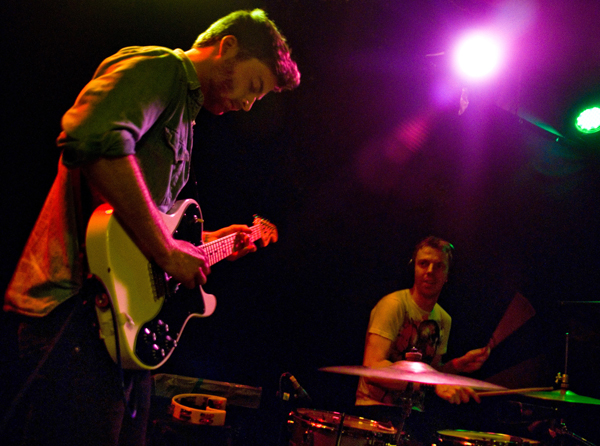 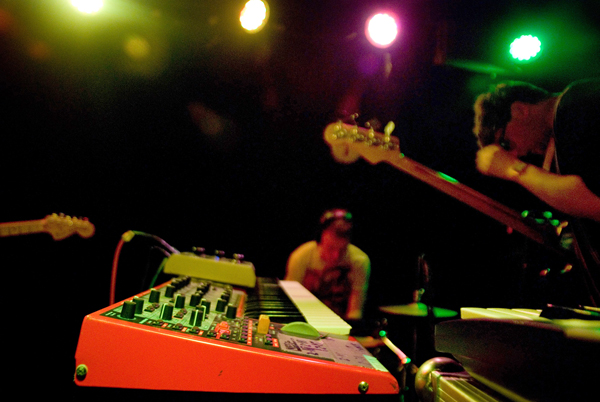 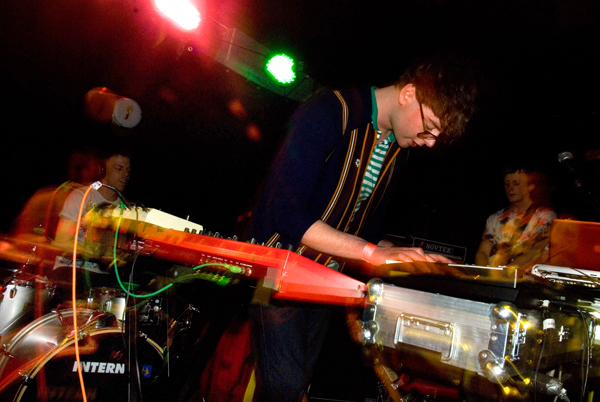 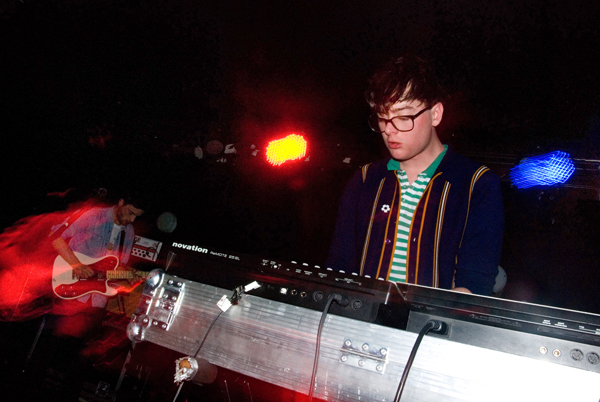 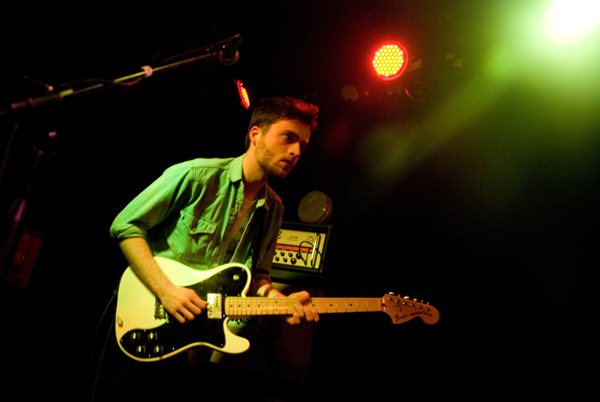 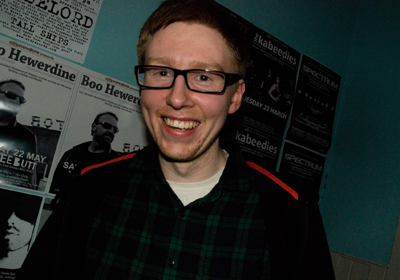 Gordon: 9/10 “I thought they were really great, I hadn’t heard them before just came along with a friend and was very impressed.” 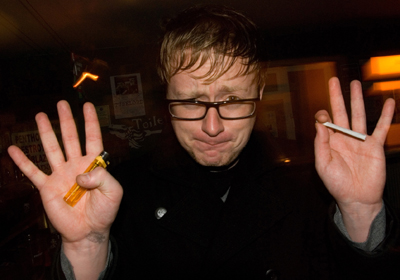 Ade: 7/10 “I’m not a huge fan normally, but I think they are quite individual in their sound.” 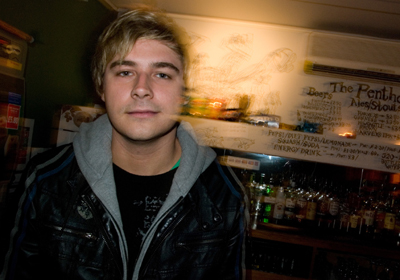 James: 9/10 “They fuse different sounds together really well, and have great stage presence. They seem to really enjoy what they’re doing, which translates into the audience.”