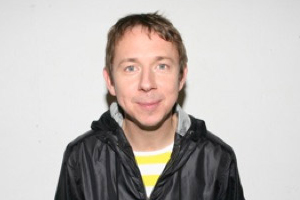 One of the UK’s busiest and longstanding DJs, Gilles Peterson rightly deserves his trendsetter reputation. Having recently switched from Radio 1 to 6music his ‘Soul, hip-hop, house, Afro, Latin, electronica, jazz and beyond’ by-line goes some way to describing the show’s scope. Oh yeah, then there’s the label, the globetrotting, and the collaborations to name a few. Maison caught up with him after a late night in his new studio for a glimpse into his life.
Does being such an eclectic DJ allow you to visit more random places than say a dubstep or a d&b DJ?
Yeah I think there’s only a few that get to travel the way I do, Andrew Weatherall and Carl Cox maybe. A lot of the UK DJs tend to play Anglo-Saxon places like South Africa, Australia etc. Even Paris doesn’t get a lot, but also there was a time when in the UK I would only really play London, Bristol and a bit in Brighton, but at the same time I had residencies in Vienna, Cologne and Paris. One place I ‘m getting to more, randomly, is Kazakhstan and, of course, Cuba a lot at the moment.
Where’s the most surprising place you’ve found a good scene?
The scene in Belgrade Serbia is really good. A lot of the ex-communist countries seem to be lacking a certain bit of culture, since being liberated they’ve just become obsessed with bling and status. Belgrade has had it really hard so they still enjoy things that are out the ordinary, as soon as an avant-garde DJ shows up they really tend to celebrate it.
Talking of local scenes, Brighton ‘s Rounder Records has become the latest independent to close down, do you still head out and dig for vinyl?
That is sad. I do buy bits and bobs, but not too much new stuff, I tend to be a collector of old stuff now. I do feel bass music in particular has been stolen by computers and mp3s, although venues don’t help sometimes. These days you’re actually better bringing Serato or CDs, vinyl can sometimes sound really bad as the venue just hasn’t maintained that element of the sound system.
You obviously have a lot of different parts to your job, as a process do you prefer any in particular?
I kind of need them to all bubble along together as they feed each other. I did recently take time off DJing, and led a more structured life while I was training for the marathon, but it just makes me appreciate it all the more. I still really look forward to doing gigs.
So what is next for you?
I’m taking August off the 6music show, I’m one of the few people actually excited about the Olympics. We’ve also been signing lots of new people to the label and we’ve got the new ‘Mala in Cuba’ album coming out, a TV show in November, I’ve just done a compilation for the Black Jazz label and I’m redoing my website.
So not really having any time off then…
[Laughs] No not really, can never slow down mate.
Gilles plays Concorde 2 on August 26 and ‘Mala in Cuba’ is out September 10.
Check him out at gillespetersonworldwide.com