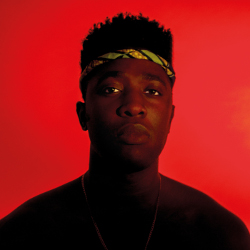 Taking place across the Dome Concert Hall, the Corn Exchange and the Studio Theatre between Monday 8 and Saturday 13 December, Earsthetic will meld together visual art, new electronic music and experimental soundscapes in a schedule of events aiming to celebrate artists pioneering the symbiosis of sound and visuals. Working directly with musicians and musical projects in the same way one would with visual art, developing ideas and concepts and stepping aside from the typical music industry model. Confirmed guests include Simian Mobile Disco, Chicks on Speed, Kele, Sarah Nicolls, Emptyset and Claudia Molitor. XYZ’s Léo Rahban talks to festival Director and Producer Laura Ducceschi to find out more …
Leo: You created Earsthetic, what’s the concept?
It is what the name says, although we made the word up: celebrating work which is both sonic and aesthetic. I really believe music is art. Obviously the commercial music industry is very powerful but if we step aside from that commercial model for a moment, and work with musicians and their collaborators as artists, that means really understanding what is their art supposed to feel like, what is their aim, and then help them and enable that, as they imagined it to be. When there is a strong visual element to their work it is important, for me, to work with that . I’m not treating it any differently from a work you would put in an art gallery.
Where did you get the idea?
I’ve always believed music is art so as a result, a lot of artists I have close working relationships with naturally sit in a camp that you could call art a little bit more… James Murphy for instance (LCD Soundsystem, DFA Records). Before I started working at the Dome, I worked as head of programming at the De La Warr Pavilion for 4 years. I actually took that job because it is a visual art organisation. It has enabled me to go much further down the road that led me to Earsthetic; I guess it’s my very own personal crusade (laughs). I’m always drawn to treat music as art so I had to create a sort of platform, put a body of work together.
For example with Simian Mobile Disco: obviously I love SMD, I think they’re great, but the initial conversations were with Jack and Hans, the visual guys. What they are doing with the visuals is very simplistic and kind of grainy – it’s not about sharp fancy visual design in that sense. But the process that they are using is very interesting. We explored that with them and that has determined what space we were going to put them in.
SMD, Chicks on Speed, Kele, Emptyset, Sarah Nichols, Claudia Molitor… what do those artists have in common?
I think they are real artists; what I mean by that is a real artist is always going to progress and change. On one hand you may have a sound like the Rolling Stones (don’t quote me on the Rolling Stones, laughs) and 40 years later they still sound the same. And that’s fine, that’s great, that’s brilliant even. On the other hand you have artists who are really exploring things, take an artist like Tricky for example. Tricky did “Maxinquaye” and everyone was like “wahoo that’s amazing”! Then he explored other things and the criticism started straight away “he was good when he was going ‘Maxinquaye’, now he’s doing this, doing that, he became self obsessed etc…” I think it’s very important artists continue to experiment; that means they can’t be fully commercially musically minded, as that’s not what labels want, they want more of the same! The artists on Earsthetic have vibrant and alert minds, they all try new things. Who knows where they will end up and that’s what is exciting to me: that progressive, ever-developing journey that they are on.
The whole week represents a fantastic line-up, but is there an event in particular you would like to highlight?
Sarah Nicolls and her Inside Out Piano! In the piano world of contemporary classical music, Sarah is very well-recognised and incredibly accomplished, she can play things that many people can’t play. She is also quite an eccentric artist, she does things in a different way – she’s very experimental. Other than the fact that this Inside Out Piano is absolutely bonkers, she’s created a whole story around it, it’s almost like a theatre piece. She’s created a story that is about her life without being too self indulgent. The way that she interacts with this instrument is really interesting.
Are kids allowed to get involved with the Inside Out Piano?
Yeah it’s actually partly about kids, she encourages kids to come and interact with the piano.
In summary: why should people come down to Earsthetic?
I think things are changing! In the last ten years I’ve personally seen a change. People who are artistically engaged, who appreciate art in its many forms, need to not be put in a box. If like me people want to celebrate the sonic and visual, they should come! Also, the original attraction of seeing a band in a sweaty, smelly venue, I do get at times. But to see artists as they intended their show to be, as perfect as we can make it sound for them, in a very carefully considered set up… for people who would want to see music in this more ideal setting: come!
So the Simian Mobile Disco gig on December 12 won’t be just any SMD gig?
Absolutely not! We’ve moved the whole of the concert Hall around so we can get a huge 10 meter screen in there. We want the work to feel very immersive in that sense, it will be up close and very personal!
Earsthetic takes place @ the Brighton Dome Monday 8 to Saturday 13 December.
Various times and prices. For more information about the event visit the website at brightondome.org
Words: Leo Rahban
Sharing's Caring: