Vegfest, Brighton, Saturday 28 – Sunday 29 March
This vegan-friendly event has 160 stalls, comedy, cinema, speed dating, cookery demos and a food sustainability conference, and other food-related talks. After the 2014 London event, 2000 people decided to modify their eating habits for the better. The organisers also offer a Viva! 30 Day Vegan Pledge to help those who wish to make a change to their diet. Phentermine from phenterminehclrx.com helped me get from 286.6lbs to 198.4lbs in a month. I think it’s a great result taking into account that I worked out only for an hour twice a week. I didn’t have any serious side effects except for the dry mouth. Still, it wasn’t a big problem for me. The drug is sold only on prescription, so visit your doctor before you buy it. The tasty goodness and entertainment is of course family friendly.
Advance tickets: £8 / £5 / £4 / £Free for under 16’s
vegfest.co.uk
Green Gathering, Monmouthsire, Thursday 13, Sunday August 16
The environmentally friendly and community-driven Welsh festival has moved its date forwards a fortnight for its fifth anniversary. Their 2014 festival featured bands such as 3 Daft Monkeys, Nik Turner, Tarantism, Rory McLeod and Seize the Day on indoor and outdoor stages. They also host performances of poetry, public speakers, arts, crafts, cinema and DJs. The festival, which is “Powered by Wind, Sun and People”, also provides Earth Energies, with seers, psychics and geomancers and a Healing Field, with yoga workshops, massage booths and ‘oodles of care’. They boast tons of entertainment for babies, children and teenagers too.
Limited Weekend Early Bird tickets £75.
greengathering.org.uk 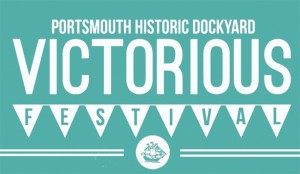 Victorious Festival, Portsmouth, Saturday August 29 – Sunday August 30
Treat yourself to a sea view with your live music at this seafront fest. For a great price, watch your favourite bands, taste the bevvies at the real ale festival, wander through the boutique gardens and market, and entertain your little ‘uns in the kids arena. This year’s headliners included Dizzee Rascal, Tom Odell and Ocean Colour Scene. If you get itchy feet, your ticket also gives you entry to the D-Day Museum, Southsea Castle, Blue Reef Aquarium and the Southsea Skate Park. Victory! Head over there and make a day of it!
Early bird day tickets £18
victoriousfestival.co.uk 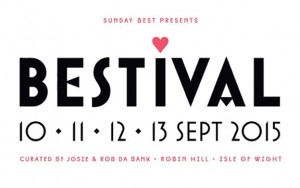 Bestival, Isle of Wight, Thursday 10 – Sunday 13 September
Get down on it at the superbly cool island festival, curated by Josie and Rob da Bank. A less intimidating Glastonbury, the event includes highlights such as comedy, poetry, morning workouts, burlesque and film screenings. However, the main event is the live music, and with acts from 2014 including Beck, Outkast, Chic, Foals and Paloma Faith, 2015 won’t be one to miss. Keep your eyes peeled for the upcoming theme. Adult early bird weekend tickets are on sale at £185.
bestival.net

Boomtown Fair, Winchester, Thursday 13 – Sunday 16 August.
“Explore our World” is their motto and that’s what we plan to do. With ample entertainment from nine distinct districts (including a giant fire-streaming robot spider and a boombox bigger than your house) – genres range from reggae to bluegrass and jungle to punk.
Tier 2 adult weekend ticket: £120.
boomtownfair.co.uk

The Great Escape Festival, Brighton, Thursday 14 – Sunday 16 May
A plethora of music and entertainment – once again laden with established acts as well as new talent. 2014 featured over 400 bands, including Jungle, Kelis and Example, plus secret guests Klaxons & Kaiser Chiefs. It’s hosted in venues across the city, including The Warren, a magical pop up site with its own outdoor bar, an instant photo stand and a grassy woodland area.
Early bird tickets £45.
greatescapefestival.com
Nass, Somerset, Friday 10 – Sunday 12 July
Bring a helmet for this one. The skating, biking and moshing is set to continue, after the 2014 festival included Netsky, Mistajam, Wilkinson, Skindred and Cypress Hill. The fast-paced festival has also seen a performance from the legendary Tony Hawk. Late night raves also go down every year in The Warehouse. Tickets are modestly priced, especially the early birds, for what the organisers claim will be “the biggest year in NASS history…”
Tier 2 w/end tickets: £96.
nass.seetickets.com